Mohamed Salah's penalty against Chelsea in the 1-1 draw helped him clinch a 21-year Premier League record for the most number of consecutive penalties scored. 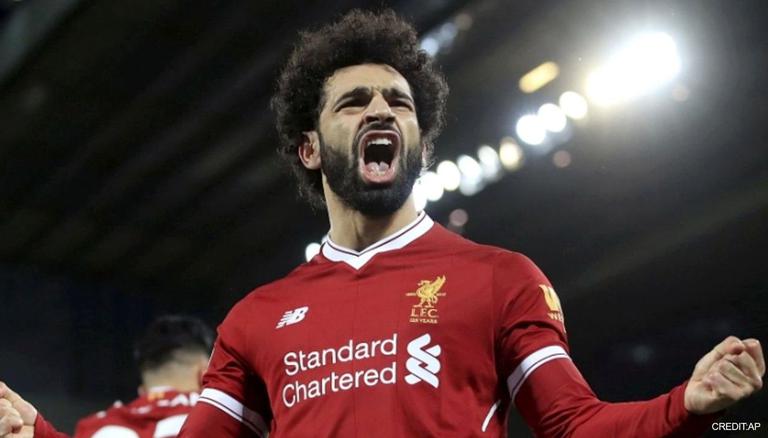 
Mohamed Salah has kickstarted Liverpool's 2021/22 Premier League campaign excellently. The Egyptian forward scored a goal and two assists in the Reds' first game against Norwich City before helping the team secure a 1-1 draw against Chelsea in the third game thanks to a penalty. With each goal, it seems that the records keep coming for Salah. The Liverpool winger's strike against Norwich helped him enter the Premier League record books for the most goals scored in consecutive opening league games with five. And now Salah's penalty has helped him seal a 21-year record for penalties scored in the Premier League.

Mohamed Salah's penalty against Chelsea helped the Egyptian winger achieve the best penalty streak of any Premier League player for over two decades. That was Salah's 99th goal in the Premier League over spells with Chelsea and Liverpool. 97 of the goals have been for the Reds, and these goals have included 14 penalties.

According to top sports analytic company Opta, Salah's penalty against Chelsea helped him achieve the best Premier League penalty streak since 2000 as no other player has scored 14 in a row from the penalty spot without missing a single one. The only player to have scored more penalty goals in the history of England's top flight is Matt Le Tissier, who scored 23 without missing from 1994 to 2000. Since Salah's first penalty for Liverpool, 20 spot-kicks have been scored by the Reds, with James Milner scoring five and Roberto Firmino one.

While Mohamed Salah was once again the star of the Liverpool attack in the 1-1 draw against Chelsea, the game was far from easy for the Reds. Liverpool went a goal behind as early as in the 22nd minute thanks to a goal from Kai Havertz. Salah then equalized for the Reds just before halftime from the penalty spot. Chelsea right-back Reece James was believed to be guilty of the incident as referee Anthony Taylor sent him off for 'deliberately preventing a clear goal-scoring opportunity.' Liverpool will now face Leeds United on September 12 at Elland Road, with the match scheduled to commence live at 9:00 PM IST.