'Nobody Knows How Many Offers I Had': Cristiano Ronaldo After Al Nassr Unveiling

During his presser, Cristiano Ronaldo explained how several of the top European clubs tried to sign him but he yet chose Al Nassr, having given his word to them 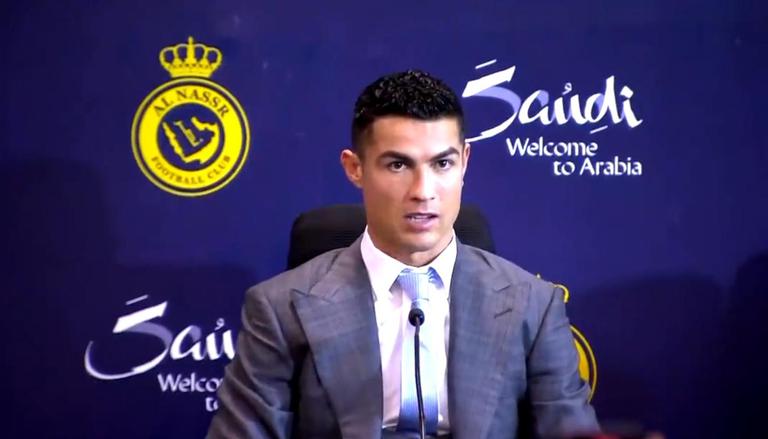 
After his grand unveiling at Mrsool Park on January 3, Cristiano Ronaldo gave his first press conference as an Al Nassr player. During his presser, he explained how several of the top European clubs tried to sign him but he yet chose the Saudi Arabian outfit, having given his word to them.

'Had my opportunities in Europe, Brazil, Australia': Ronaldo

While speaking in his first press conference as an Al Nassr player, Cristiano Ronaldo said, "Nobody knows but I can say now that I had many opportunities in Europe, many clubs in Brazil, in Australia, in the U.S. and even in Portugal. Many clubs tried to sign me. But I give credit to this club for the opportunity to develop not only football but this amazing country. I know what I want and of course what I don't want as well."

🎥 || @Cristiano’s first statement at the conference before the unveiling 💛 pic.twitter.com/dgG1KEpMrR

He then went on to add that his time in Europe was done as he had won everything there, and hence, he was looking for a new opportunity elsewhere. "The evolution of football is different and this isn’t the end of my career by moving to the Middle East. For me, I’m really happy to be here and I know the league is competitive. I’ve watched many games. I am so proud of making this big decision in my life and my career. My work in Europe is done. I played for all the most important clubs," added Ronaldo.

With Cristiano Ronaldo now joining Al Nassr, he will look to achieve a domestic title in a fourth different country, having achieved plenty of success during his time in England, Spain and Italy.

Other than winning seven domestic titles combined, the Portuguese international also has won five UEFA Champions League titles, one FA Cup, and two Copa del Reys, among several other trophies. His contribution to winning all these trophies was such that he went on to win five Ballon d'Ors during his glittering career and also stood on the podium for more than a decade.

🎥 || @Cristiano talks about @AlNassrFC and his new challenges in Saudi Arabia 🇸🇦 pic.twitter.com/QrGzdB4dg2

With Al Nassr next set to play against Al Ta'ee on January 5, it will be interesting to see if Ronaldo features in the game or not.