Manchester United star Paul Pogba talked about his future plans at the club, and his return to Juventus, as France reached the finals of UEFA Nations League. 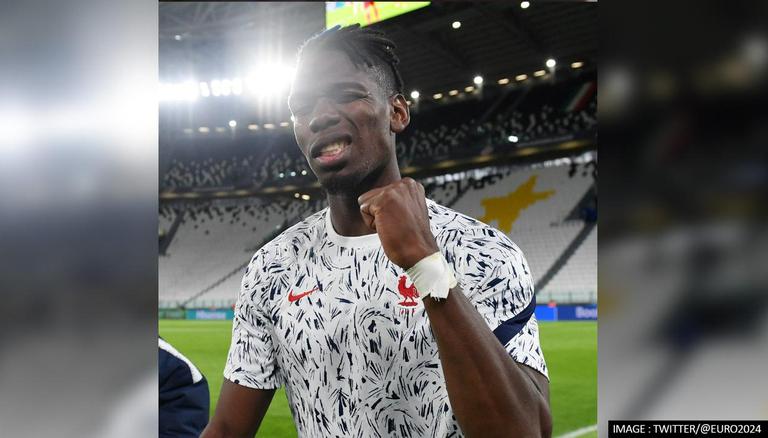 
French footballer Paul Pogba starred in Belgium vs France, UEFA Nationals League semi-final, as France successfully reached the finals of the tournament, to be held on October 11. Meanwhile, after the win, he spoke about his future in his current club, Manchester United while dropping a major hint about a possible return to Juventus. His current contract with the United expires next summer as he will be free to talk to new teams across Europe if United does not secure a deal with him.

As reported by the Manchester Evening News, while speaking to the Italian TV channel Mediaset, Pogba said, “I always speak to my former Juventus team-mates, like Paulo [Dybala]. “I'm in Manchester, I've still got a contract there for a year and then we'll see. I want to finish well there in Manchester, then we'll see what happens,” he added.

Pogba joined Juventus in 2012, after starting his career as a United junior. He returned to United in 2016 for a staggering £89million fee. However, his second stint at the club has been less eventful as he has scored 38 goals and assisted on 49 occasions while appearing for United in 215 matches. On the other hand, Pogba scored 34 goals and assisted 40 times, while appearing for Juventus in 178 matches during his time at the club. He helped Juventus to win four Serie A titles in a row from 2012 to 2016. However, he has started the 2021-22 season for United strongly, having assisted seven goals for the team in six Premier League matches.

Meanwhile, on the UEFA Nations League match front, France won their semi-final match against Belgium 3-2 after making a comeback in the match. Yannick Carrasco opened the scoresheet in the match by scoring a goal at the 37th minute of the match. Chelsea star Romelu Lukaku added to Belgium’s tally by scoring another goal at the 40th minute. Lagging behind by 0-2 in half-time, Karim Benzema scored the opening goal for France at the 62nd minute, before they were awarded a penalty shot at the 69th minute. PSG star Kylian Mbappe successfully scored the penalty goal and France won the match, courtesy of Theo Hernandez’s goal at the 90th minute of the game. Paul Pogba along with his United teammates Raphael Varane and Anthony Martial will now play the UEFA Nations League final for France against Spain on October 11.