Portugal Vs Serbia Live Stream: How To Watch FIFA World Cup Qualifiers In UK, US And India 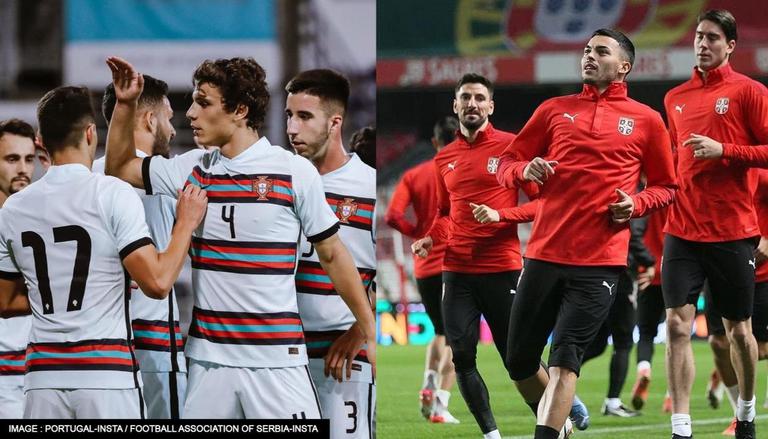 
Portugal will welcome Serbia to the Estadio do Sport Lisboa e Benfica in Lisbon on Sunday, November 14 (Monday, November 15, 1:15 AM IST). Both Portugal and Serbia are on 17 points having won five, drawn two of their seven games with Portugal ahead on goal difference.

The table-toppers secure a direct qualification to the 2022 Qatar World Cup and Portugal will head into the game needing to just avoid defeat in order to top Group A and secure their position at the 2022 World Cup. As for Serbia, they must beat Portugal to pip them to first place. A loss would mean Serbia will move to the playoffs and will have to go through another round to make it to the World Cup.

Portugal comes into this clash behind a 0-0 draw against the Republic of Ireland in a European Qualifiers tie while Serbia comes into this fixture behind a 4-0 win over Qatar in a friendly clash. Fernando Santos’ Portugal is undefeated in their last seven matches against Serbia in all competitions and will go into his clash as favourites to win but Serbia too are capable of causing an upset having been unbeaten in all of their seven games in World cup qualifying games.

Fans in India can watch the match on the SonyLIV website/app or on the Sony Ten 2 SD or HD channel. Fans can additionally watch Portugal vs Serbia game on the JioTV mobile app.

Fans in the United Kingdom can watch the game live on ITV or the Sky Sports Network including the SkyGo app. Meanwhile, fans in the United States of America can catch the live action on ESPN, TUDN USA and on the TUDN app.