We have entered the last few days of the decade (2010-20) and Premier League fans will be eager to know how their respective clubs have fared over the last 10 years. BBC UK did some digging and compiled a Premier League table of the decade. Read on to find out if your favourite team made the cut or not. 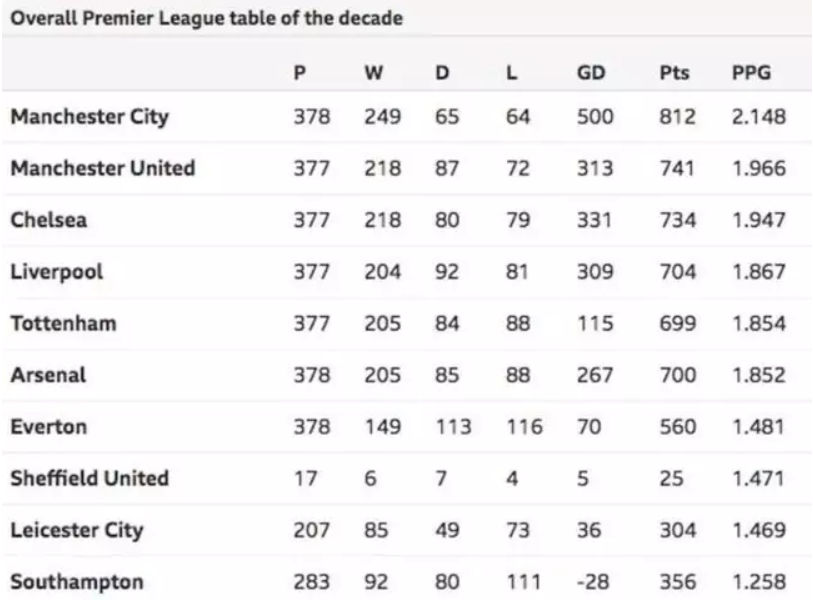 As expected, Pep Guardiola-led Manchester City top the table with a comfortable 812 points. City have undoubtedly been the dominant side in the league over the last 10 years winning four titles under the reign of Roberto Mancini, Manuel Pellegrini and Pep Guardiola. Their neighbours - Manchester United - are second in the table with 741 points despite their struggles in recent years. The Red Devils were one of the most feared teams across Europe under Sir Alex Ferguson. However, they have been inconsistent ever since the Scottish coach's retirement in 2013. Chelsea, Liverpool and Tottenham Hotspur are the next three teams in the Premier League table of the decade. Chelsea won the Premier League under Jose Mourinho and Antonio Conte earlier this decade. Liverpool are on track to lift the title this year under Jurgen Klopp. They won the UEFA Champions League last season by beating Tottenham Hotspur in the final at the Wanda Metropolitano. 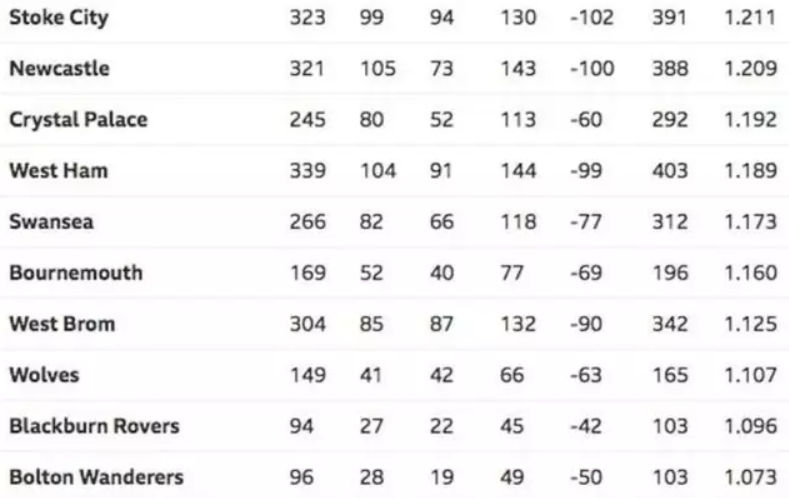 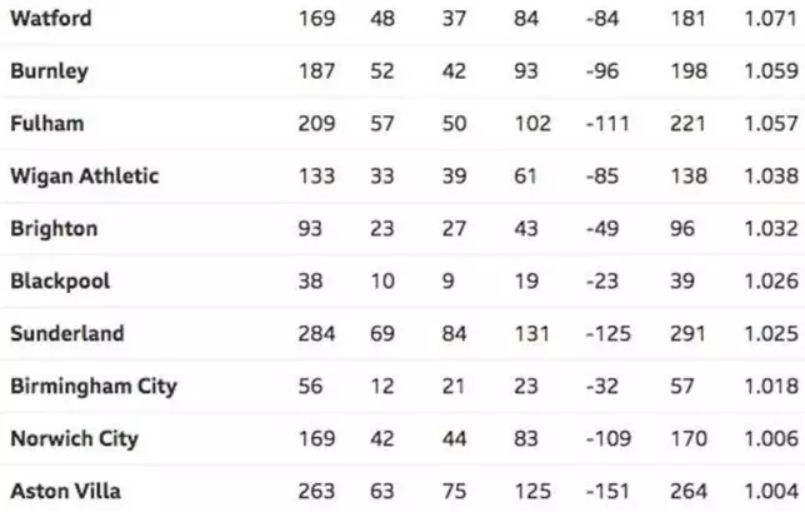 Blackpool, Birmingham City, Sunderland, Fulham and Wigan Athletic make the cut in the lower half of the table. Aston Villa and Norwich City, who returned to the English top-flight this season, are also included.

Also Read | Mikel Arteta's Arsenal appointment opposed by Aubameyang, but not the player