Inter Milan's Romelu Lukaku has been voted Serie A's player of the year after the Belgian forward helped the Nerazzurri to their 19th Italian title. 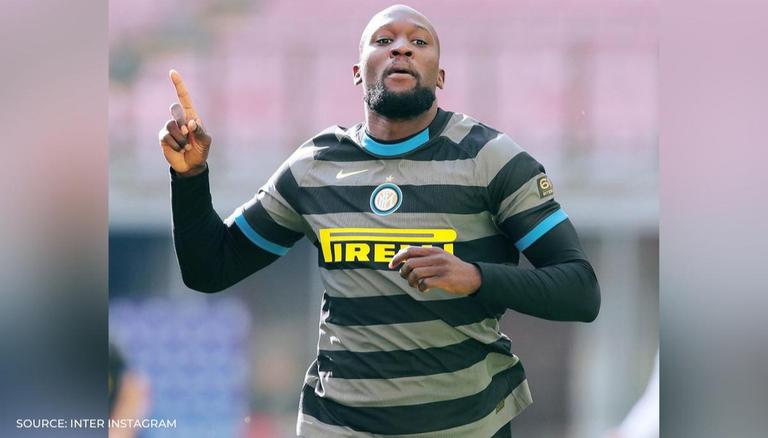 Inter Milan striker Romelu Lukaku has been named as the best overall MVP of Serie A, the official league award for the player of the 2020-21 season. The Belgian star scored 24 league goals and provided 11 assists to help Inter clinch a first Serie A title in 11 years. Lukaku was quick to thank his teammates and former Inter manager Antonio Conte after claiming the award.

Earlier on Monday, Romelu Lukaku was crowned as Serie A MVP for the 2020-21 season. The star forward played an important role in Inter Milan's run to their 19th Scudetto as he managed to score a total of 24 goals in 36 appearances in Serie A. In addition, he was also quite diligent in supplying the ball for his teammates to score goals, and it was evident from his 11 assists throughout the campaign. He finished as the second-highest goalscorer during the season, behind Cristiano Ronaldo, who managed 29 goals for Juventus.

Lukaku left Man United to join Inter in the summer of 2019 in a deal worth €80 million. The 28-year-old has gone on from strength to strength ever since. He finished with 35 goal involvements for Inter during the course of the 2020-21 Serie A season.

In total, Lukaku scored 30 goals across Serie A, the UEFA Champions League and the Coppa Italia with 11 assists as Antonio Conte's men ended Juventus' stranglehold on the domestic scene. While Conte has since left Inter, he is expected to be replaced by former Lazio boss Simone Inzaghi with reports claiming that Lukaku will be central to the new tactician's plans at the San Siro. Lukaku took to social media and was quick to thank Conte and his teammates for their role in him landing the best overall gong.

Earlier on Monday, Serie A officially declared the award winners of the 2020-21 season. The season saw Inter finally stopping Juventus’ dominance in the Italian top flight as they won the title quite comfortably towards the end of the season.

Juventus forward Cristiano Ronaldo was selected as the best forward in Serie A after he scored 29 league goals, making him the top scorer in the league. Fiorentina's Dusan Vlahovic was named the best U-23 player and AC Milan's Gianluigi Donnarumma was named the best goalkeeper after he kept 14 clean sheets for the Rossoneri, while the top defender award went to Atalanta's Cristian Romero.