The Spanish Football Federation will now host all the Spanish Super Cup matches in Saudi Arabia until 2029 after signing an eight-year deal with the country. 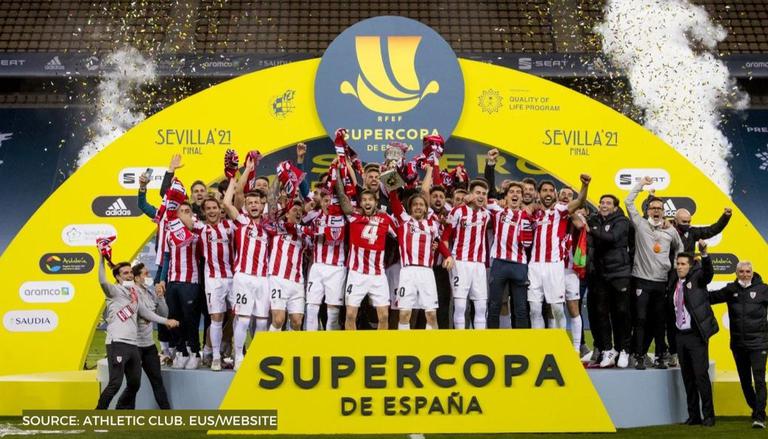 BREAKING: The Spanish Football Federation has agreed a deal that will see SAUDI ARABIA host the Spanish Super Cup until 2029.

READ | Antonio Conte won't be joining Tottenham, here is why

The Spanish Super Cup format sees the LaLiga winners lock horns with the Copa del Rey runners-up while the Copa del Rey winners take on the second-ranked La Liga team. It means fans will get the chance to see yet another El Clasico with Real Madrid and Barcelona set to square off against each other in the Spanish Super Cup. Athletic Bilbao, on the other hand, are set to take on LaLiga winners Atletico Madrid in the second semi-final of the tournament. The Spanish Super Cup matches are reportedly scheduled to be played in the first two weeks of January 2022.

Atletico Madrid will be keen to add more trophies to their cabinet and provide tough competition to Real Madrid and FC Barcelona for silverware on all fronts in the next season. FC Barcelona boss Ronald Koeman is also expected to focus on the Super Cup as the former Netherlands head coach looks to win his second trophy as a Barcelona manager. The Spanish Super Cup could also provide a massive opportunity for new Real Madrid head coach Carlo Ancelotti with the Italian expected to see the title as a great opportunity to highlight his second stint with Los Blancos.