Trent Alexander-Arnold Net Worth, Stats And England Career So Far 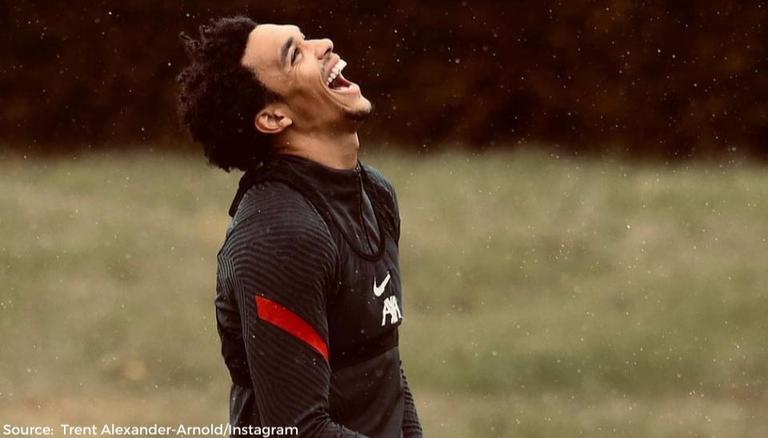 
At the tender age of 22, Liverpool's Trent Alexander-Arnold is already arguably one of the greatest right-backs currently in the Premier League. The English international is well known for his attacking prowess, having given double-digit assist returns in two of the three previous Premier League seasons. Ahead of the upcoming Euro 2020, here is a look at Trent Alexander-Arnold England career, net worth and stats.

As a result of being one of the best defenders in the world, Trent Alexander-Arnold has a staggering net worth of $3.6 million according to various media reports. Most of the Trent Alexander-Arnold net worth can be attributed to the lucrative contract that he has with Liverpool Football Club. According to playersbio.com, Trent is currently earning £40,000 per week or £2.08 million per year at Liverpool.

This is a considerable increase in his salary as back in 2016, Trent earned £624,000 with the Merseyside club. The Liverpool right-back also earns a significant amount of wealth as a result of his endorsement of Under Armour. As per a report, the endorsement deal signed between Trent and Under Armour is for four years and worth £6.4 million.

Most of Liverpool's current success can be attributed to Trent Alexander-Arnold. The Liverpool right-back, along with Andrew Robertson, has created a number of chances to score for the Reds by delivering quality balls in the box from the wings. Alexander-Arnold has recorded double-figure assists in both 2018/19 and the 2019/20 Premier League seasons with 12 and 13 respectively. Moreover, the English international also scored four Premier League goals in the 2019/20 season with most of them coming from stunning free-kicks.

The 2018/19 season was a breakthrough season for the young right-back as he was selected in the PFA Team of the Year and was also nominated for the PFA Young Player of the Year award. Additionally, the Liverpool native also won the Champions League and was included in the tournament's team of the year. Perhaps Trent's biggest achievement that season was him being nominated for the Ballon d'Or award in 2019.

While the Trent Alexander-Arnold stats at Liverpool are staggering the same cannot be said for his England career. Due to fierce competition in the national team, the Liverpool right-back has often found England manager Gareth Southgate prefer the likes of Kyle Walker and Aaron Wan-Bissaka to him. With Trent having been limited to just four appearances for the national team, England fans will hope that Southgate announces the Liverpool right-back in the upcoming Euro 2020 squad.