UEFA president Ceferin spoke out against Real Madrid, FC Barcelona, and Juventus, saying that he would not 'mind' if they left the UEFA Champions League. 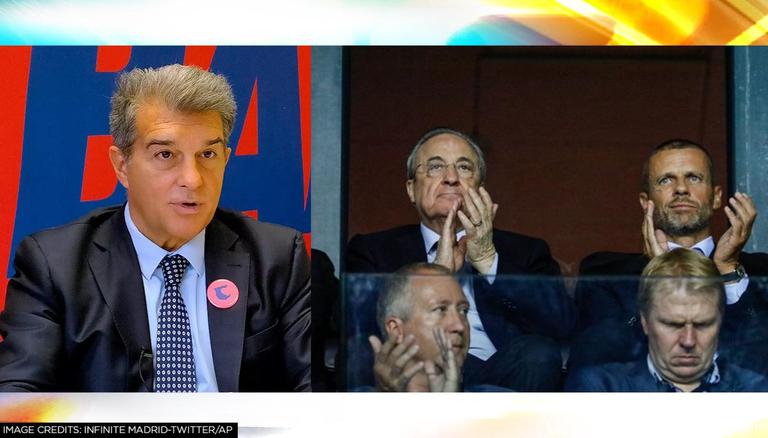 
UEFA president Aleksander Ceferin has again voiced his opinion against the founding members of the proposed Super League, Real Madrid, FC Barcelona, and Juventus saying that he would not 'mind' if they left the UEFA Champions League. He also claimed that the respective presidents of those clubs, Florentino Perez, Joan Laporta, and Andrea Agnelli, have tried to "kill" football. Earlier in May this year, Ceferin had said that the three clubs are paralysing themselves rather than dampening the growth of European football.

"I would not mind if they left," Ceferin said in an interview published this weekend in Der Spiegel. "It is very funny that they want to create a new competition and at the same time they want to play in the Champions League this season. (These three clubs) simply have incompetent leaders. Those guys (Florentino Perez, Joan Laporta, and Andrea Agnelli) have tried to kill football."

Real Madrid has bid a reported €180 million for Kylian Mbappe but had their bid rejected by PSG. Ceferin went after Perez, who had earlier claimed that the only way the Blancos could survive was by creating the Super League. He also said that they want to talk about a 'competitive balance' rather than the current financial fair play system in the future.

(He) is criticising (UEFA) and saying that the club can only survive with a Super League and then is trying to sign Kylian Mbappe for 180 million euros.

In May, Ceferin was quoted saying how strange it was for him to see Juventus, Real Madrid, and FC Barcelona share a public statement of being a part of the Super League and applying to play in the Champions League. He also spoke about ESL teams' "strange approach" and revealed how they could have called or sent a letter across to set up a meeting. Instead, the ESL clubs decided to send some press releases demanding to sit down and dialogue with the UEFA. Ceferin firmly claimed that he was "not afraid of those things" and hit back at the ESL club trio for their actions against UEFA.

READ | UEFA have 'grave concerns', set to oppose FIFA over World Cup being held ever 2 years