What Happened To Neymar? Will He Play PSG's Champions League Match Against Leipzig?

Ahead of PSG's next UEFA Champions League group match against RB Leipzig, here's all you need to know about Neymar's availability for the contest 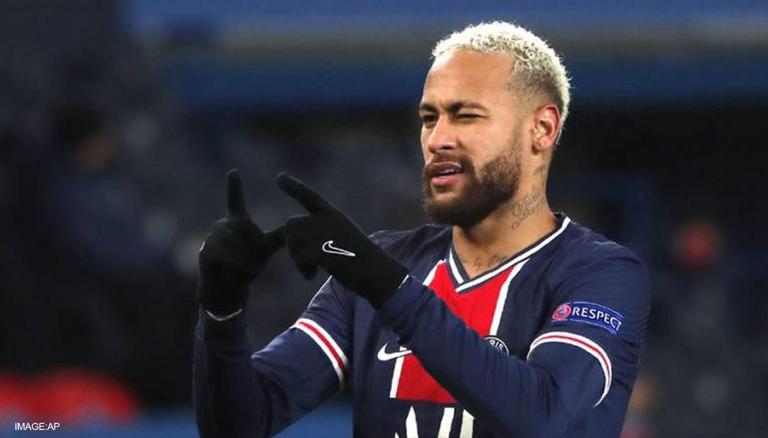 
It has been officially confirmed that one of Paris-Saint Germain's (PSG) key players Neymar will be unavailable for the former Ligue 1 winners' UEFA Champions League clash against RB Leipzig on Tuesday due to an injury. It has been learned that the 29-year-old suffered a groin injury while representing Brazil during a recent FIFA World Cup qualifiers fixture.

A day before PSG's Champions League clash against RB Leipzig, the French-based football club had also issued a medical update regarding the extent of the Brazilian football icon's injury.

"Neymar Jr had some pain in his groin since returning from international duty and will undergo more treatment over the next few days before returning to full training", the statement read.

Medical update ahead of #PSGRBL 📍@Aspetar

After knowing about Neymar's unavailability for Tuesday's contest, PSG's opponents RB Leipzig heaved a sigh of relief. Taking to the micro-blogging site, the German-based club wrote that they only have Lionel Messi and Kylian Mbappe to deal with when they lock horns with the Mauricio Pochettino-managed team.

Last Thursday, Neymar had not only scored a vital goal but also provided two assists in Brazil's 4-1 win against South American rivals Uruguay in their FIFA World Cup 2022 qualifiers fixture.

While Neymar is expected to play at the club level for a few more years, earlier this month, he had made it clear that the 2022 Qatar edition will be his final appearance for the country at a World Cup, as he feels he might no longer have the mental power to cope with football. Neymar has confessed that he does not anticipate competing in another World Cup after 2022 since the physical and mental strain of the game has wreaked havoc on him. After failing in his last two efforts to win football's most coveted title, he feels that next year in Qatar will be his final chance.

The five-time world champions had crashed out in the semi-finals of the FIFA World Cup 2014 that was hosted in their own backyard after a humiliating 7-1 loss to the eventual champions Germany and lost to Belgium 2-1 in the quarterfinals four years later.

Brazil hasn't won football's most prestigious award since 2002 and will hope that Neymar will guide them to glory after a long wait of 20 years.

WE RECOMMEND
PSG's winning streak in Ligue 1 ends vs Rennes as 'MNM' fail to register a shot on target
MATCHDAY: PSG without Messi, Neymar; Cologne on strong form
Gini Wijnaldum on PSG transfer from Liverpool; 'Situation is not what I wanted'
PSG's Kylian Mbappe complains about Neymar, says 'he does not give me that pass'; WATCH
Lionel Messi scores first goal for PSG in UEFA Champions League; Watch
Listen to the latest songs, only on JioSaavn.com