Zidane Net Worth 2021: How Much Did Zidane Earn At Real Madrid?

Zinedine Zidane net worth 2021: Here is a look at Zidane's salary at Real Madrid after the French boss resigned from the job on Thursday. 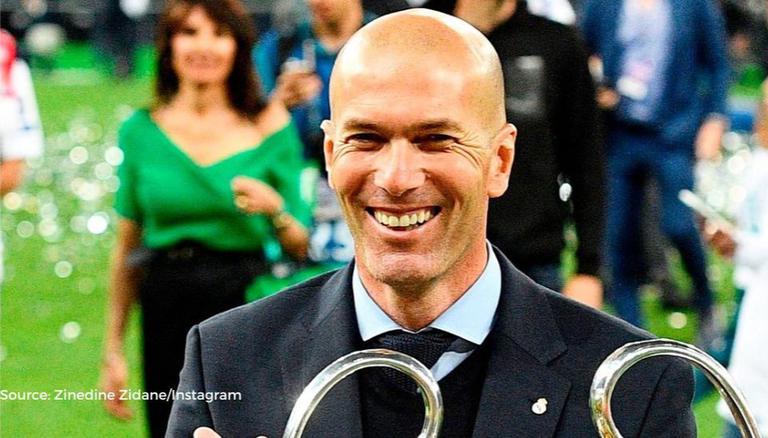 
Real Madrid fans were left in shock on Thursday when they read reports that Zinedine Zidane had resigned from the head coach job with immediate effect. Several fans were left to wonder why did Zidane leave Real Madrid despite having a staggering record at the club in such a short period of time. Here is a look at the Zidane managerial stats and the Zidane net worth 2021 after a second successful stint at the club.

Zinedine Zidane stepped down from the Real Madrid head coach job for a second time just days after the club were beaten to the LaLiga title by rivals Atletico Madrid. Los Blancos have had a terrible season as the LaLiga giants failed to win a trophy for the first time in 11 seasons. Earlier in the season, Madrid were knocked out of the Champions League by Chelsea in the semi-finals. However, Zidane's side most humiliating defeat came in the Round of 32 of the Copa del Rey when the team lost 2-1 to fourth-tier club Alcoyano.

Despite a poor 2020/21 season, Zidane managerial stats are yet staggering. The French boss, who returned to the Spanish capital in March 2019, replacing Santiago Solari, won his second LaLiga title in the Covid affected 2019/20 season. Meanwhile, his first stint at the club was even more impressive. From January 2016 to May 2018, Zidane won three consecutive Champions League titles and also won the 2016/17 LaLiga title.

Several interesting speculations have arisen as to why did Zidane leave Real Madrid despite two successful stints at the Spanish capital. COPE's Manolo Lama tweeted, "Zidane is leaving Real Madrid...because he does not forgive Florentino Perez leaking that he would be charged if he was eliminated in the Champions League. Zidane does not forgive that FP permanently questioned his decisions in private" (translated from Spanish using Google translate).

Zidane net worth 2021: How much is Zidane salary?

For fans wondering how much is Zidane salary at Real Madrid, it is reportedly a staggering €12 million. According to the financial stats portal, Wealthy Genius, Zidane's net worth is estimated to be a whopping $125 million. Most of the Zinedine Zidane net worth 2021 can be attributed to his salary at Real Madrid and also his lucrative endorsements. The French manager has endorsed brands like Adidas and Orange in the past.

READ | Luka Modric contract: How much money will the Croatian maestro earn at Real Madrid?

READ | Why did Zidane leave Real Madrid? Who will become new Real Madrid manager?
First Published: 27th May, 2021 17:00 IST
SUBSCRIBE TO US