What the Indian fans will not forget and can watch on loop without getting tired is Virat Kohli's breathtaking shots in the high-octane T20 World Cup match against Pakistan. 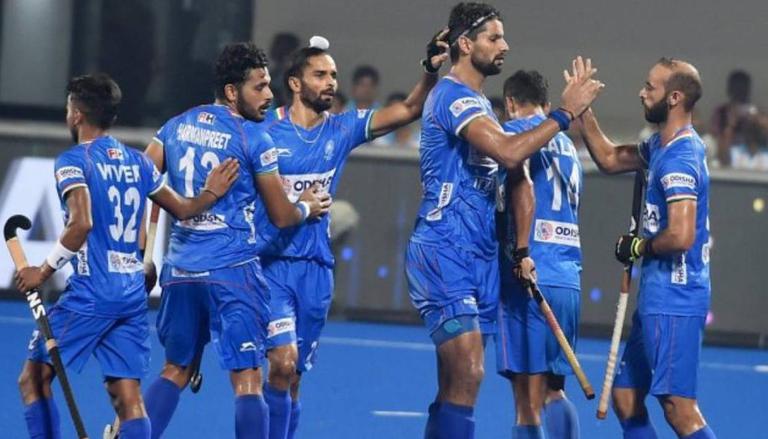 
The Thomas Cup triumph made for an epic success story while Neeraj Chopra further enhanced his superstar status with a rare Diamond League title but the cricket team's struggles on the 22-yard strip left a lot to be desired in a bittersweet 2022 for Indian sports.

In hockey, the women's team continued its inspiring run with a silver medal at the Birmingham Commonwealth Games.

The much-coveted 90m mark eluded the Olympic champion but the legend of Neeraj Chopra kept growing with podium finishes at elite tournaments.

However, wrestler Ravi Dahiya could not carry forward his Olympic success and made a shock first-round exit from the World Championship.

The sincere, passionate and hard-working athlete that Dahiya is, the defeat would have rankled the grappler the most.

He is not not someone who can digest defeat easily and is expected go all out in season 2023, when quotas for the Paris Games will be up for grabs.

The crashing out of Dahiya was unexpected, and so was the performance of the men's shuttlers at the Thomas Cup, where the historic title win put India on path to becoming a badminton powerhouse.

The rise of Satwiksairaj Rankireddy and Chirag Shetty has been phenomenal in the last two years and their showing was key in India breaking the hegemony of China and Indonesia at the prestigious tournament, held in Bangkok in May.

Established stars such as PV Sindhu and Lakshya Sen did not exactly set the courts on fire but they made their presence felt by winning a number of titles on the BWF Tour.

The shuttlers extended their impressive run to Birmingham CWG, winning six medals, including three golds, a silver and two bronze.

Neeraj missed the CWG due to a groin injury but before that he won a silver in the World Championships in the USA to become only the second Indian after Anju Bobby Geaorge -- who won a bronze in 2003 Paris edition -- to win a medal at the showpiece.

In September, he became the Diamond League champion by winning the Finals of the prestigious meeting series, adding another first to his name.

He came agonisingly close to 90m mark when he threw the spear to 89.94m to finish second in the Stockholm leg of the Diamond League.

At least six top Indian athletes were caught for using banned drugs and the run-up to the Commonwealth Games was marred by a series of positive dope cases.

Indian wrestlers expectedly dominated the CWG but the tougher World Championships served a reality check for established stars such as Dahiya.

While Dahiya struggled, Aman Sehrawat made steady progress in 57kg category. He became the U-23 world champion after winning a gold at the Bolat Turlykhanov Cup in Almaty.

Vinesh Phogat also struggled but the rise of Greco Roman wrestlers and an exceptional show by the juniors at the big stage made it an eventful year for Indian wrestling.

The rise of Antim Panghal, who became the U-20 world champion in Sofia, is very heartening and she could be India's best bet in 53kg when Vinesh is not around.

The Indian hockey teams continued their upward trend, with the women slightly outperforming their male counterparts by clinching a CWG medal -- a bronze -- after 16 years.

The men's team won silver but the crushing 0-7 defeat to Australia in the final was a dampener.

Later in the year India clashed with the Kookaburras on their home turf and though they lost the series 1-4, engaging the host in a high-scoring series would have given the players confidence ahead of the World Cup.

Weightlifter Mirabai Chanu added a second World Championships medal to her collection, apart from a CWG gold. The sport also found new heroes in Jeremy Lalrinnunga and Achinta Sheuli, who were among 10 medal winners in Birmingham.

However, replicating the CWG success in tougher tournaments proved to be a herculean task for almost all of them, barring Mirabai.

India, though, got its maiden junior world champion in the sport in Harshada Garud.

What the Indian fans will not forget and can watch on loop without getting tired is Virat Kohli's breathtaking shots in the high-octane T20 World Cup match against Pakistan.

The cricketing world was in his awe as he proved that batting remains an art even in the T20 format, where muscle power and innovation is redefining the game style.

This was after Kohli quit the leadership role in the longest format and his relationship with the BCCI had hit a nadir after being sacked from ODI captaincy.

To say the least, Indian cricket in 2022 was chaotic both on and off the field.

The struggle of premier batters, including that of skipper Rohit Sharma and KL Rahul, remained an intense topic of debate. Their approach was questioned as the Indian team often paid the price for their struggle in powerplay overs.

Hardik Pandya emerged as a new leader of the national T20 team as Rohit paid the price for another semi-final exit in the World Cup following a crushing defeat at the hands of England.

The team also lost a Test series in South Africa.

While the established players struggled, one batter who mesmerized the fans and experts alike was Suryakumar Yadav. His ability to strike the ball hard and clean was phenomenal as he took T20 batting to another level, drawing comparisons with the great AB de Villiers.

The way Sourav Ganguly's tenure ended as BCCI president also invited criticism. The Supreme Court allowed him to continue as president but the board installed Roger Binny as the new chief.