Take a look at the Dream11 Prediction, as well as the probable line-ups and more for the upcoming Haryana Steelers vs Bengaluru Bulls Pro Kabaddi League match. 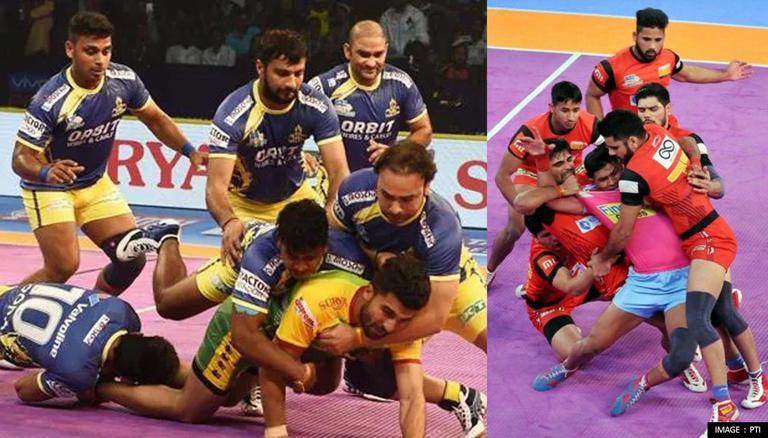 
In a blockbuster clash, the Haryana Steelers is all set to take on the Bengaluru Bulls in the Pro Kabaddi League (PKL) 2021-22. The clash is set to begin at 8:30 PM IST on Thursday, December 30 at the Sheraton Grand, Whitefield in Bengaluru. The Steelers finally managed to overturn their two-game losing streak with a win in their last game and will want to continue that form. The Bulls lost their first game by a massive margin but they have bounced back superbly well by winning their next two games and they could possibly turn it into a three-game winning streak.

Take a look at the Dream11 Prediction, as well as the probable line-ups and more for the upcoming Haryana Steelers vs Bengaluru Bulls Pro Kabaddi League match.

Based on our HAR vs BLR Dream11 prediction, it seems that the Bengaluru Bulls might just manage to snatch the win in the highly contested PKL 2021 match up. It will be an interesting game simply because the Steelers' defence has been in top form and the Bulls' attacking side has been wonderful so far making it an interesting clash, but it seems like the Bulls' attack could just about overcome the Steelers' defence to pick up the win.

READ | Pro Kabaddi League (PKL) live streaming: Where and how to watch DEL vs PUN and HAR vs PAT

Jaideep Kuldeep and Surendra Nada have been in tremendous defensive form this season picking up a total of 11 and 13 tackle points so far. While Rohit Gulia has been in good form so far he has gotten no support in the attack until the last game where Meetu Mahender performed well and picked up 12 points.

Pawan Kumar has been in stunning form so far this season as he has racked up 37 points so far and Chandran Ranjit too has been in good form picking up 25 points so they will definitely go all out in attack. While their defence has been a bit off they will be hoping that Saurabh Nandal will be in good form to hold off a struggling Steelers' attack.