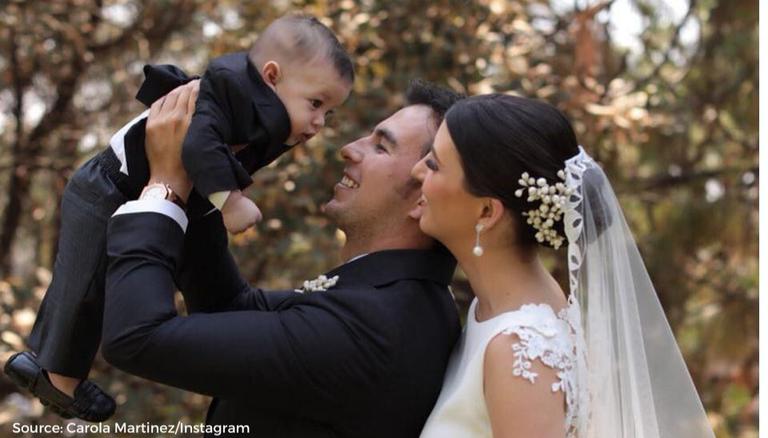 
From driving for Sauber in 2011 to now driving for championship contenders Red Bull Racing, Sergio 'Checo' Perez has come a long way in the 10 seasons he has competed in Formula One (F1). Red Bull salvaged the Mexican's F1 career at the end of last season by bringing him on board after he was replaced by four-time Drivers' Champion Sebastian Vettel at Racing Point (now Aston Martin). While Perez has struggled to get up to speed at Red Bull this year, his career has been nothing short of impressive previously. Ahead of the Azerbaijan Grand Prix this weekend, here is information about Sergio Perez wife, his net worth, his career, among other details.

Sergio Perez began his F1 career at Sauber, where he tasted success very early on as he achieved three podium finishes in just his second season in 2012. In 2013 the Mexican racer moved to McLaren before moving to Force India the year after. Perhaps Perez's most successful stint was achieved at Force India as he scored five podiums for the Indian outfit in the five years (2014-18) he was at the team. Last season, Perez scored his first F1 victory in a chaotic Sakhir Grand Prix and also achieved his best career finish in the F1 standings as he finished fourth.

According to media reports, Sergio Perez has a staggering net worth of about $30 million as of 2021. Most of the Sergio Perez net worth can be attributed to his salary at Red Bull and his lucrative endorsement deals. Sergio Perez salary at Red Bull F1 team is reportedly $8 million, making him the eleventh highest-paid driver on the current grid. Telcel and Telmox, two telecommunication companies, for long have sponsored the Mexican driver.

Sergio Perez married Carola Martinez, a 24-year old-socialite from Guadalajara. The couple exchanged vows on June 3, 2018, through a ceremony in Guadalajara, Jalisco, in Mexico. Perez and Martinez are also parents of two young children, Sergio Perez Jr. and Carlota. Since both come from Christian backgrounds, the couple were pleased to receive the blessings of Pope Francis for their marriage as seen in the post below.

Why is Sergio Perez called 'Checo'?

While "Why is Sergio Perez called Checo" is one of the most frequently asked questions on the internet, the answer to the question is not that complicated or interesting as the Mexican driver himself explained in an interview in 2013. Responding to the question, Perez said, "In Mexico, where I come from, all Sergios are automatically given the nickname 'Checo'. Sorry, there’s no story behind it!"

To watch Sergio 'Checo' Perez in action, follow the 2021 F1 season as the Mexican drives alongside Max Verstappen for Red Bull Racing Honda.