Anil Khanna has said that he no longer wishes to continue or contest for ATF president's post in a letter to ATF. Khanna has held the position since 2004.

He has held all the top portfolios or positions of power in Indian, Asian & World tennis administrations,
including having a record stint of 20 years as ITF board member since 2003 (to 2023). Having lost the ITF president election last month, Anil Khanna, a life member of AITA, who has been its two times secretary and two times president and served as ATF (Asia) president since 2005 and ITF vice president from 2012 to 2016, has finally decided to call it quits from Asian tennis.

Khanna says it's time to give others a chance

"I have been in Asian Tennis administration for a very long time. Its now time for someone else to come. But I will continue to be a director Board member of ITF and help the president in implementing all tennis projects all over the world. It has been a very satisfactory tenure where a lot has been achieved," Khanna told Republic TV in an exclusive chat over the phone on Monday.

Khanna, in a letter to ATF, a copy of which is with Republic TV, has said that he no longer wishes to continue or contest for ATF president's post, a position he has held since 2004. 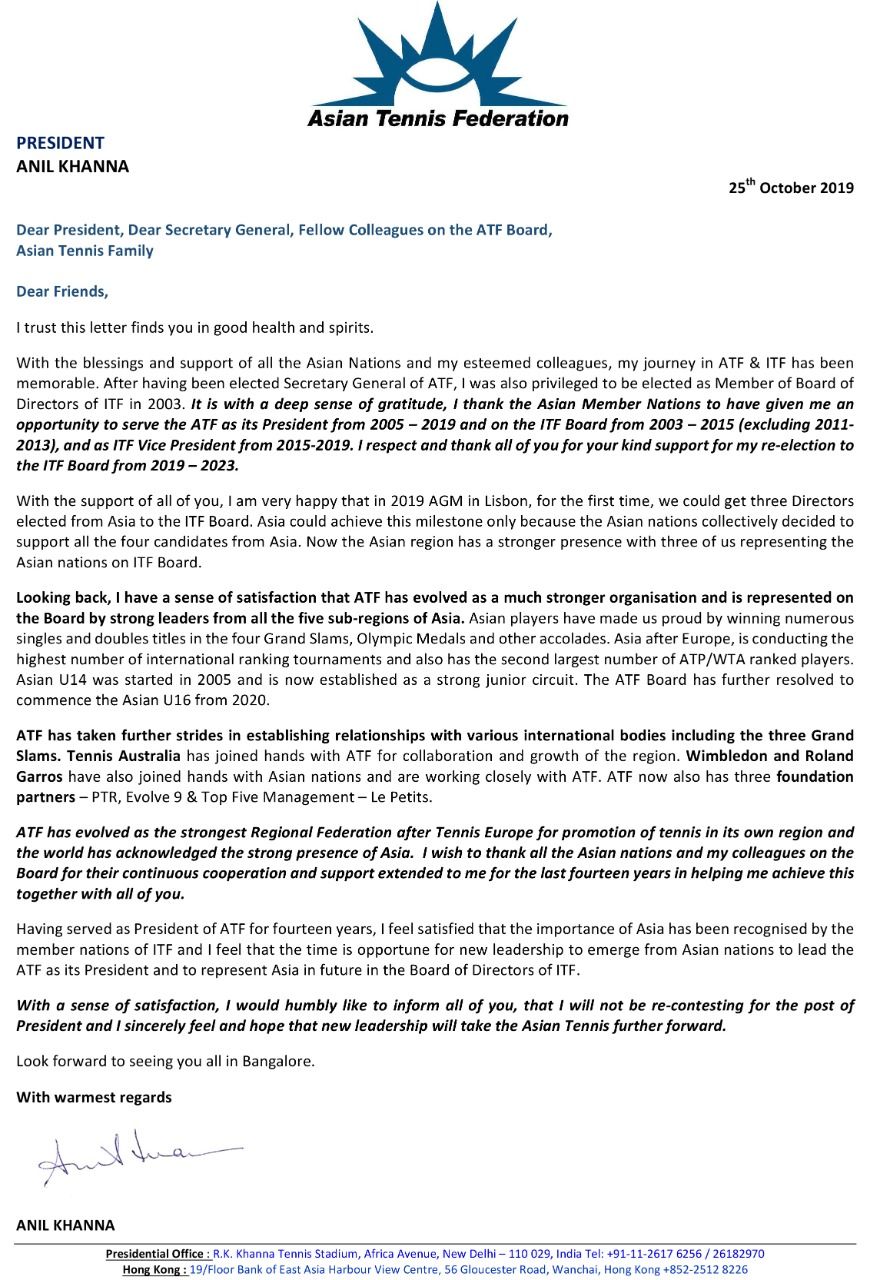 "I respect and thank all of you for your kind support for my re-election to the ITF Board from 2019-2023... Having served as President of ATF for fourteen years, I feel satisfied that the importance of Asia has been recognised by the member nations of the ITF and I feel that the time is opportune for new leadership to emerge from Asian nations to lead the ATF as its President and to represent Asia in future in the Board of Directors of ITF."

"With a sense of satisfaction, I would humbly like to inform all of you that I will not be recontesting for the post of President and I sincerely feel and hope that new leadership will take the Asian Tennis forward."