Anthony Joshua Vs Oleksandr Usyk Date, Ticket Price, Venue And All You Need To Know 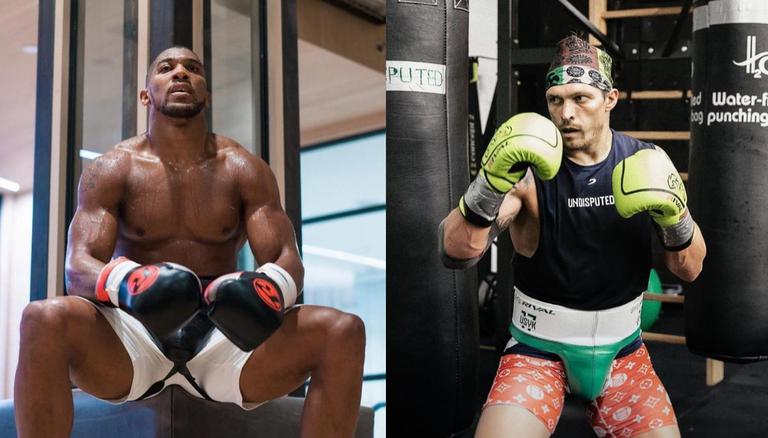 Anthony Joshua's planned world heavyweight title fight against Oleksandr Usyk is set to be staged at Tottenham Hotspur Stadium, according to reports. Joshua was initially preparing for a title unification bout against Tyson Fury in Saudi Arabia on August 14 but Fury was then ordered to face Deontay Wilder for the third time. Earlier on Tuesday, Joshua's promoter Eddie Hearn confirmed that the WBA, WBO and IBF heavyweight champion will sign a deal this week to fight Usyk, with the hope that the Premier League stadium will be able to host a full capacity crowd.

Earlier this week, Eddie Hearn revealed that Anthony Joshua will be defending his world heavyweight title in the autumn despite the 31-year-old's fight with Tyson Fury having fallen through. Hearn was left scrambling for an opponent for Joshua with mandatory challenger Usyk the obvious option. He said, "I can tell you that this week, that this is a more confident footing than the Joshua – Fury negotiations because I know Alex Krassyuk very well, and I know Usyk very well."

He added, "It’s a great fight, a dangerous fight, it’s not the one we necessarily wanted or expected. But it’s a high-level heavyweight fight. It’s a unified heavyweight champion against the undisputed cruiserweight champion, and on we go with that fight – it’s a big event."

READ | Tyson Fury vs Anthony Joshua fight purse: How much money will the two heavyweights make?

Asked when Joshua's next fight will be announced, Hearn told DAZN: "I am pretty confident we will sign for Joshua vs Usyk this week. That fight will take place in September in London." The two-time unified world heavyweight champion successfully defended his titles when he knocked out Kubrat Pulev at Wembley Arena in December.

However, Joshua's Ukrainian opponent is 18-0 and was considered one of the pound-for-pound best fighters in the world when he fought at cruiserweight, beating the likes of Tony Bellew and Mairis Briedis. Usyk moved up to heavyweight at the end of 2019 defeating Chazz Witherspoon before cementing his position as WBO mandatory challenger with a win over Derek Chisora last Halloween.

Although Hearn admitted that the bout between Joshua and Usyk will be held in London, the venue is yet to be decided upon. According to reports from Sky Sports, the Tottenham Hotspur stadium is set to stage Joshua vs Usyk.

The Anthony Joshua vs Oleksandr Usyk tickets will be available only after the fight is confirmed. Fans can keep an eye on ticketmaster.com for tickets to the bout.