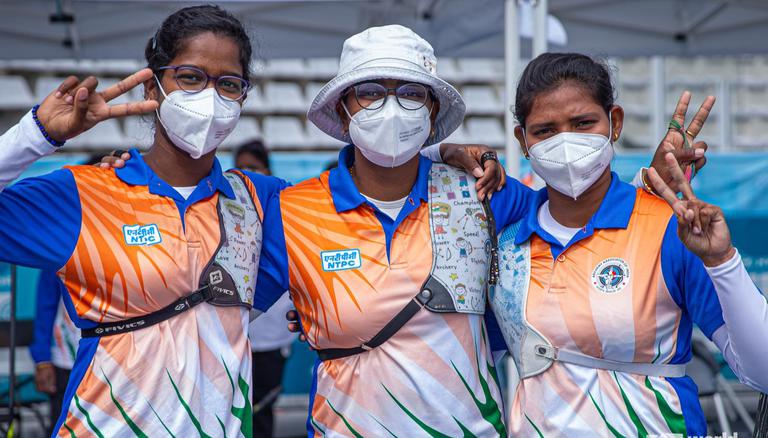 
The Indian women's recurve team has struck gold at the recently concluded Archery World Cup Stage 3 competition in Paris. The Indian team defeated Mexico 5-1 to win the gold on Sunday. Deepika Kumari, the world's number three ranked archer, was part of the gold-winning team. Two more players of the team that defeated Mexico were Ankita Bhakat and Komalika Bari. Last month, the trio also won gold in the World Cup first stage final, which was held in Guatemala City.

The Indian team defeated the 2012 Olympics silver medal-winning team of Mexican archers Aida Roman, Alejandra Valencia, and Ana Vazquez. The trio of Deepika Kumari, Ankita Bhakat, and Komalika Bari had recently garnered criticism after they failed to qualify for the Olympics despite finishing number one in the first stage of the World Cup. The women's team lost to Colombia in the Olympics qualifier stage.

India has earned the most gold medals out of the 15 countries that qualified for the World Cup. India leads the way with five gold medals, followed by the United States with four and Colombia, Netherlands, and Denmark with three each. However, India is tied for sixth place in terms of overall medals' tally with Russia and France, all of whom have six medals each.

Meanwhile, Atanu Das of India won gold in the men's individual recurve category in the first stage of the competition, which was held in Guatemala City. Atanu Das and Deepika Kumari also won gold in the mixed team category at the World Cup Stage 3 in Paris, defeating Gabriela Schloesser and Sjef van den Berg of the Netherlands. The fourth stage of the World Cup is scheduled to take place in Yankton, United States, following which the best eight archers from each category will compete in the final.

READ | Archery news: Deepika Kumari and co. get huge boost thanks to THIS massive development