Punia and other wrestlers levelled some serious allegations against the WFI chief, saying that he mentally harasses players and also sexually exploits them. 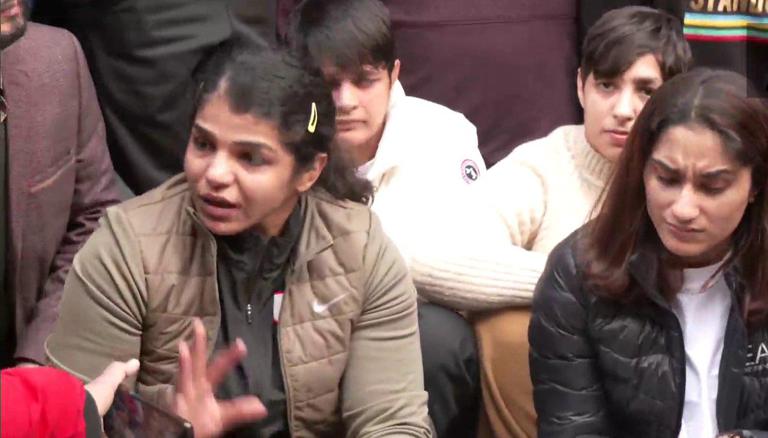 
Indian Olympic bronze medalist Bajrang Punia along with top wrestlers of the country are currently staging protest against the WFI president Brijbhushan Sharan Singh at Delhi's Jantar Mantar. Speaking to reporters, Punia and other wrestlers levelled some serious allegations against the WFI chief, saying that he mentally harasses players and also sexually exploits them. The wrestlers want the WFI president removed from the top post and also want new coaches and physios for future training.

"People sitting in the federation know nothing about wrestling. We want changes in the federation. We will protest till the WFI president is removed. PM Modi has always supported us and we know that he and Home Minister Amit Shah will help us. We don't want houses or fancy cars, we only want things related to wrestling. Our demand is that we want new coaches and physios," Punia said.

"I was mentally tortured by the federation and wrestling president. I was thinking of committing suicide at one stage due to the pressure being put on me by the federation and WFI president. I went to the Tokyo Olympics with four girls but we were not provided any physio instead the WFI assistant secretary went with us. Everyone knows how powerful he [Brijbhushan Sharan Singh] is. He is a four-time MP. Whenever we try and complain, they give us death threats. They mentally torture us and impose disciplinary sanctions on me without any reason," Phogat said.

"WFI president indulges in sexual molestation of female players and coaches. I am saying this now, but I don't know if I will be alive tomorrow. Some of the female wrestlers sitting here have also experienced molestation. We are not fighting for ourselves, we are fighting to save wrestling. He interferes in our personal lives and wants to know who our boyfriend or girlfriend is. He keeps asking about our marriage and other personal stuff," she added.