Chess grandmaster Sam Sevian's actions in his latest game against Hans Niemann left fans stunned as he picked up his opponent's king in the middle of the match. 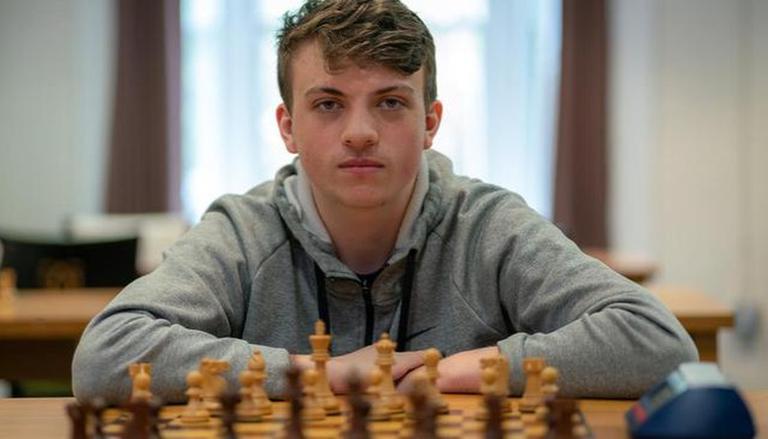 
American chess grandmaster Sam Sevian's actions in his latest game against Hans Niemann left fans stunned as he picked up his opponent's king in the middle of the match. Sevian did all this during Neimann's time, much to the frustration of the 19-year-old. Neimann has been all over the news recently after five-time world chess champion Magnus Carlsen accused him of cheating.

As seen in the video below, Sam Sevian picked up Hans Neimann's king during the match and was attempting to fix it using glue after the piece had broken. After Neimann seemed annoyed because of Sevian's actions, the 21-year-old placed the king back. The viral video ends with Neimann seemingly asking Sevian what was he doing.

Strangest incident ever seen on the chessboard. Hans Niemann is involved once again. What happened that made Sam Sevian pick up his opponent’s King? #chess #uschesschamps pic.twitter.com/5KANEcQxTn

Reigning world chess champion Magnus Carlsen left the world stunned during the Julius Baer Generation Cup after he resigned against Hans Neimann after playing just one move. While Carlsen did not immediately reveal the reasoning behind his actions, he did explain them via a detailed post on his official Twitter handle afterwards.

His post read, "I believe that Niemann has cheated more — and more recently — than he has publicly admitted. Throughout our game, in the Sinquefield Cup, I had the impression that he wasn’t tense or even fully concentrating on the game in critical positions while outplaying me as black in a way I think only a handful of players can do."

And that is not it, a report also claimed that Hans Neimann has cheated on far more occasions than he himself has admitted. Amidst it all, now it remains to be seen what conclusion the world chess body comes to following Carlsen's shocking allegations.