MLB legend Derek Jeter is set to be the face of a Michael Jordan-like docuseries from the makers of The Last Dance, ESPN Films announced on Tuesday. 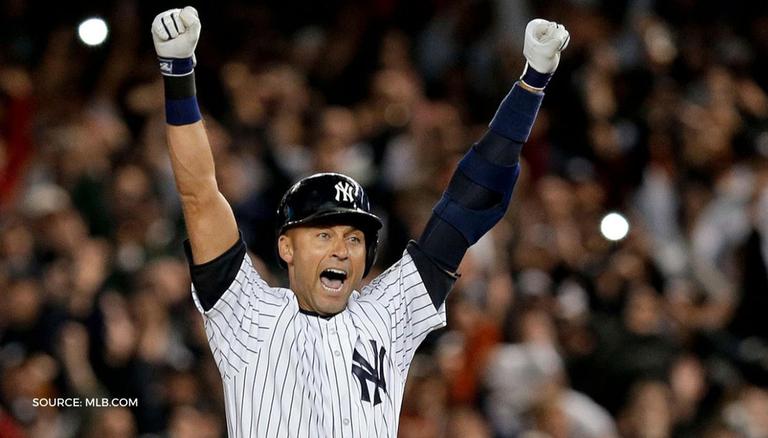 New York Yankees legend Derek Jeter will be the face of ESPN's new multi-part documentary series, the company announced on Tuesday. Titles as "The Captain", the documentary will detail the Yankees legend's career, his personal life and his forays into ownership with the Miami Marlins. The Captain ESPN series follows NBA legend Michael Jordan's epic Last Dance, released in collaboration with Netflix.

The Captain ESPN: MLB legend Derek Jeter to get Michael Jordan like series

In a statement by ESPN Films, the company announced a multi-part documentary following the life and career of New York Yankees legend Derek Jeter. "The Captain" will be directed by the Emmy Award-winning Randy Wilkins and executive produced by Spike Lee, Mike Tollin, Mandalay Sports Media, Excel Sports Management's media arm Excel Media, and Connor Schell, in association with Jeter's company The Players' Tribune and Major League Baseball. The documentary will cover how Jeter "helped transform a struggling franchise into a storied dynasty, all within a time of great change in New York City".

Coming in 2022 on @ESPN, “The Captain,” a 6-part doc on from the producers of The Last Dance and directed by @pamsson. pic.twitter.com/x25riHIpw2

The MLB legend represents the Yankee dynasty of the late 1990s and early 2000s, a franchise rebirth that resulted in four World Series championships in five years and a fifth World Series crown in 2009. He was a 2000 World Series MVP and made 14 All-Star teams. Emmy-winning director Randy Wilkins will tell the story of Jeter’s professional and personal triumphs and challenges in the documentary. Wilkins has previously directed ESPN 30 for 30 "86-32," which went in-depth on the controversial boxing decision between Roy Joy Jones Jr. and Par Si-Hun at the 1988 Olympics. The documentary series will use his journey as a vessel to tell a larger cultural story that explores race, family, community, rivalries and how it restored the shine to a team, a city, and a culture.

The Derek Jeter docuseries release date will be sometime in 2022 on ESPN and ESPN+. The documentary will be ESPN's second major docu-series following the release of Michael Jordan's The Last Dance last year. The docu-series was released last year on Netflix during the first wave of the pandemic, while the NBA and other sports league were suspended. While the release states that the docuseries will be a candid take by Jeter himself, it remains to be seen how the MLB legend opens up. Jeter drew massive amounts of attention off the field, particularly with his dating life during his career and has been fiercely private about his personal life.