Esteban Ocon contract: Ahead of this weekend's French Grand Prix, the Alpine racer signed a new three-year lucrative contract as a reward for his performances. 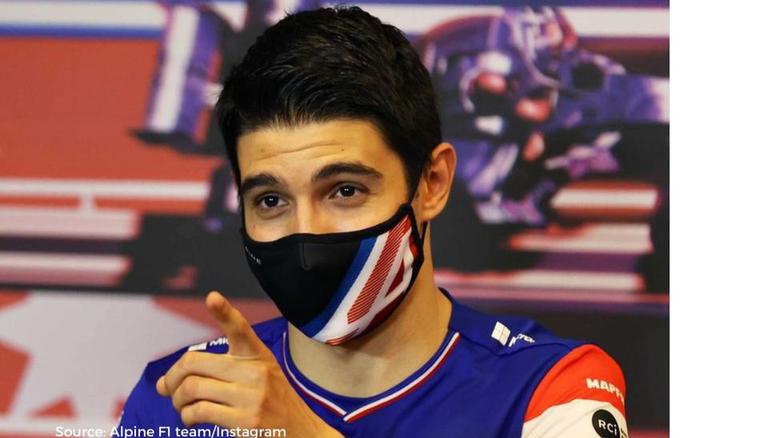 
Ahead of his home race this weekend, French driver Esteban Ocon signed a new three-year contract with the Alpine F1 team. The 24-year-old joined the outfit when they were known as Renault at the beginning of the 2020 campaign after a year spent as a reserve driver role at Mercedes. Here are the details of the bumper Esteban Ocon contract and the latest Esteban Ocon salary.

Esteban Ocon's new Alpine contract will see his term with the team last at least till the end of 2024. The French driver is believed to have been rewarded for his outstanding performances since the beginning of the F1 2021 season as he has outscored more decorated teammate Fernando Alonso, who returned to F1 this year after a two-year hiatus. Ocon has scored points in four of this season's opening six races and has out-qualified Alonso on four occasions.

Alpine F1 team CEO Laurent Rossi was delighted to announce the extension of Esteban Ocon's contract at Alpine. "We are very proud to retain Esteban as part of the Alpine family. Since returning to the team in 2020, Esteban has grown in confidence and stature to deliver consistently good results and help develop the car with the team. Despite his young age, he is very experienced in Formula 1 and he’s on a positive trajectory in both his maturity and ability behind the wheel. He is a strong asset for us now, and also going forward as we meet the challenge of the new regulations," said Rossi. The new F1 regulations will begin from the 2022 season onwards.

As per the previous Esteban Ocon contract, the Alpine driver reportedly earned a salary of $5 million (£3.65 million). Considering his impressive performances over the course of this year, one can only expect the French racer to receive a better package with his new bumper multi-year contract. Meanwhile, his teammate and Double World Champion, Fernando Alonso, is believed to be on a staggering contract worth $20 million (£14.6 million).

READ | What happened to Indian Grand Prix? Will F1 come back to India?