Move to Aston Martin was seen as Sebastian Vettel's chance to reignite himself and challenge the dominance of Red Bull and Mercedes in Formula One. 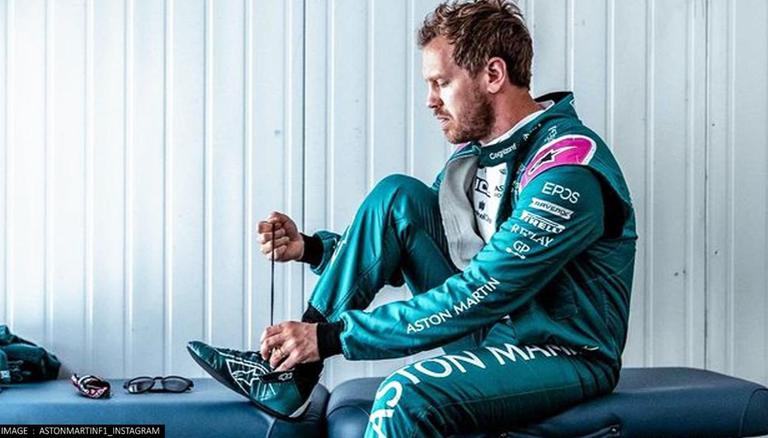 
Sebastian Vettel's time at Aston Martin Formula one team has not been really great with the former World Champion finding it difficult to win podiums dominated by Red Bull and Mercedes. The German is restricted to midfield battle and relies on leaders to make mistakes in order to score points and challenge for the podium finish. Speaking to Skysports Sebastian Vettel revealed his thoughts of fighting midfield battle.

Sebastian Vettel on not being able to get podium finishes

Sebastian Vettel Aston Martin move came following his departure from Ferrari where he did not get a contract extension. The move to Aston Martin was seen as Vettel's chance to reignite himself and challenge the dominance of Red Bull and Mercedes however things haven't gone according to the plan. The change in rules at the beginning of the 2021 season saw a drop in performance of the Aston Martin car drop off compared to the competition which has been one of the reasons behind Sebastian Vettel's failure to regularly challenge for the podium.

For a driver of Sebastian Vettel's calibre who has been regularly fighting for wins and podiums a dip in performance is something which has been hard to digest. In his interview, Vettel said, “The satisfaction when you cross the line just doesn’t feel the same. Once you’ve won a race and been on the podium and you’ve got this massive boost from the fans afterwards and, in a way, confirmation. Now you race and you get an eighth or 10th place and you feel you’ve done a really good race, no mistakes, but it’s 10th, it’s ninth, it’s eighth, it’s not really what I’m here for. Maybe I’m spoiled, I got used to winning and being at the front.”

Sebastian Vettel became the youngest ever Formula 1 World Champion at the age of 23 while racing for Red Bull. The team remained dominant in the early 2010s. By 2013, he made history by becoming only the third man in history to win the title four years in a row, following the path of Juan Manuel Fangio and his hero, Michael Schumacher.

Talking about Sebastian Vettel stats in Formula One, the German driver has four world championships. Talking about the races the 34-year-old has raced in 373 races out of which he has finished on the podium in 176 races while winning 83 of them. He also secured 80  pole positions during his career.