McLaren announced the signing of Oscar Piastri from the 2023 season onwards. Know how the F1 world reacted after shocking details on Daniel Ricciardo surfaced. 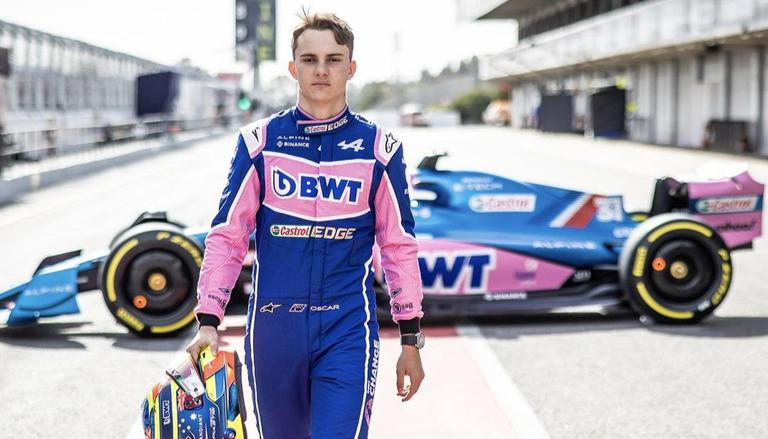 
Following weeks of high-profile drama including a legal battle with his current F1 employer, Formula 2 2021 champion Oscar Piastri has been announced as a McLaren driver, starting from the 2023 season onwards. McLaren racing confirmed the signing of the 21-year-old Australian on a multiyear deal from 2023 onwards, after the FIA’s Driver Contract Recognition Board ruled a decision in his favuor against Alpine on Friday. Piastri is currently the reserve and test driver for Alpine, who was in dispute with the youngster after he said we will not drive for the team next year.

FIA's ruling against Alpine and in favor of McLaren

As Formula 1 went into the summer break last month, Fernando Alonso signing for Aston Martin triggered the entire Piastri saga. While Alpine were surprised to know about Alonso’s decision to leave the team, they announced Oscar has been promoted to a seat in the 2023 grid. However, Oscar took to his official social media handles and announced he will not be driving for Alpine next year, which gave rise to speculations about McLaren already signing the Australian.

Daniel McLaren earlier said he is committed to McLaren for 2023

It is pertinent to mention that amid speculations about his future with McLaren, 33-year-old Daniel Ricciardo took to his official Instagram handle on July 13 and clarified that he is fully committed to racing for McLaren in 2023. However, as per the FIA’s statement, McLaren had already signed Piastri on July 4, which was the Monday after the British Grand Prix 2022. This suggests that Ricciardo wasn’t given clarity about his future by McLaren.

As the racing action from the F1 2022 season resumed last week, McLaren announced their decision of parting ways with Ricciardo, which became the hottest topic of discussion for the F1 world. Although the 8-time race winner is being linked with a move back to his former employer Alpine, his future in the sport still remains in doubt. As Formula 1 heads to Circuit Zandvoort for the Dutch Grand Prix 2022 this Sunday, Alpine, McLaren, and Ricciardo are expected to remain in the headlines.

Having said that, here’s how the F1 world reacted to Piastri joining McLaren and also to the FIA’s ruling in favour of McLaren and against Alpine. WTF1’s Tom Bellingham pointed out Ricciardo’s Instagram story on July 13, and revealed his thoughts about the same. “So it's now clear that when Daniel Ricciardo put out this heartfelt social media post about committing to McLaren... McLaren had already signed the deal with Piastri Ouch,” Bellingham said.  At the same time, there were many reactions from the fans as well.

So it's now clear that when Daniel Ricciardo put out this heartfelt social media post about committing to McLaren... McLaren had already signed the deal with Piastri 😬 Ouch. pic.twitter.com/w9syP3gAaD

youre telling me that mclaren signed oscar piastri on the 4th of july… so while daniel ricciardo was writing that statement on july 13th of how he was committed completely to the team, mclaren already had already kicked him out… damn

Anyways I hope he knows that so many people will continue supporting him no matter where he goes 🫶
Honey badger don't quit @danielricciardo ❤️ pic.twitter.com/e9F85NpZew

Are you even a Daniel Ricciardo fan if you don’t fear going to sleep and waking up to an “announcement”? 🥲

People can't seem to accept that. Danny Ric is great but he's been an utter flop for McLaren. They're totally in the right for signing Piastri. Lando's been carrying them this season in the constructors championship