Floyd Mayweather took some time off at a Miami hotspot on Sunday, partying with a number of celebrities following his bout against Logan Paul. 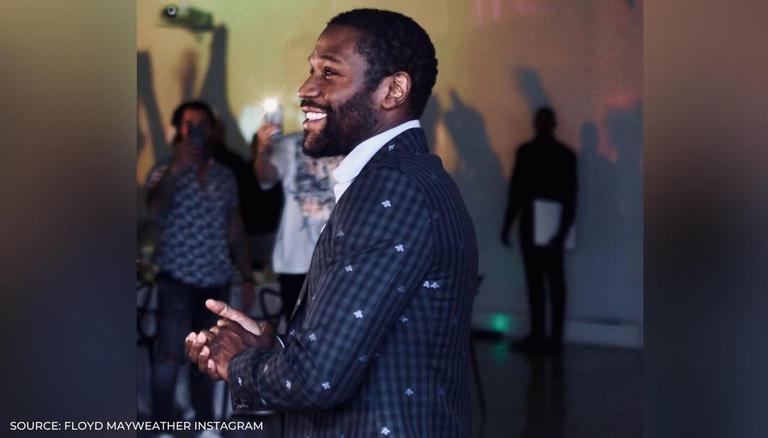 Boxing legend Floyd Mayweather seemed unfazed by his failure to beat YouTube star Logan Paul at the weekend as he joined a slew of stars for a party in Miami for an after-party. The 44-year-old dominated the eight-round exhibition bout against Paul but failed to land the final knockout against the social media sensation. Mayweather was spotted with rapper Lil Baby and social media influencer Chantel Jeffries at a Florida hotspot as they partied the night away on Sunday.

Following his exhibition bout against Logan Paul on Sunday, in which no winner was declared, Floyd Mayweather took some time out to take his mind off boxing. The American was spotted at LIV after his bout against Paul and was seen partying with a number of celebrities. Rapper Lil Baby and social media influencer Chantel Jeffries were among those also present at LIV while hip-hop trio Migos were also seen arriving for the party at the Miami hotspot.

Floyd Mayweather vs Logan Paul payout: How much did the two fighters earn from the fight?

As with most boxing matches the fighters' prize money consists of an initial fee plus whatever is made from the subsequent pay-per-view TV sales. Mayweather's initial fee for this match was reported at a whopping $10million with Paul's coming in around $250,000. Following the bout, Paul claimed that it was the "best night of his life", having managed to survive eight rounds with the undefeated boxer.

Prior to his bout against Paul, Mayweather suggested that he could still guarantee a $35 million paycheck if he entered the ring. He said, "I can fight a fighter right now and I can guarantee myself $35 million," he said. “I can eventually probably make $50 million, for just a regular fight. Me and Logan Paul, we can go out, entertain, have fun and make nine figures, $100 million or more. $35 million for 12 rounds or $100 million for six rounds — big difference.”

READ | How much is a BGS 10 Charizard card worth? Logan Paul wears one for Mayweather fight

However, it remains to be seen whether Mayweather will enter the boxing ring again. In his press conference on Sunday, the boxing icon indicated that he might not return to fight anymore, "As far as me fighting again, absolutely not … as far as me doing another exhibition, probably not.” explained Mayweather.

READ | Where is Floyd Mayweather from? All you need to know about Mayweather's childhood
First Published: 8th June, 2021 11:36 IST
SUBSCRIBE TO US