John Cena's WWE comeback ended with defeat as Roman Reigns went onto retain the WWE Championship title without the help of USO brothers. 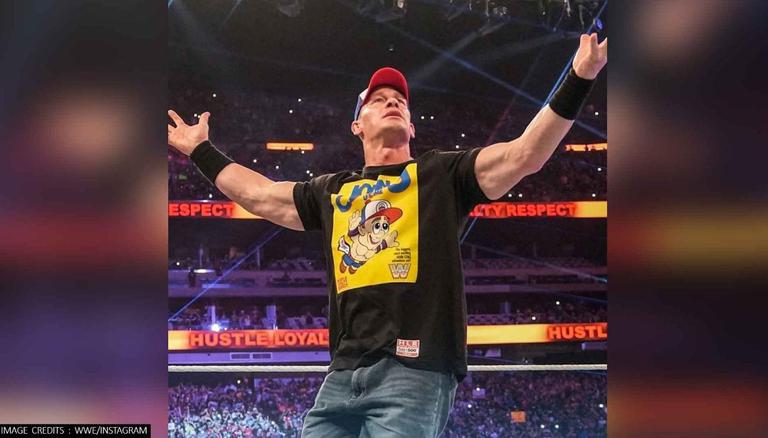 
John Cena's journey in WWE has finally come to end after losing the WWE Championship match to Roman Reigns at SummerSlam. On the previous episode of Smackdown, WWE Champion Reigns had raised the stakes of the title clash on Friday, saying “Either I’m leaving that stadium as the Universal Champion or I’m leaving WWE.” For the last few years, the 'Doctor of Thuganomics'  has been a part-time in-ring competitor due to his blossoming Hollywood career. He was last seen in the action film  'Fast & Furious 9' which had Vin Diesel in the lead role.

Taking to Twitter John Cena wrote that he was appreciative of the WWE Universe for allowing him the opportunity to return and perform inside the ring. Cena in his tweet also thanked the WWE staff, superstars, and fans for giving him an unforgettable summer.  Here's John Cena's tweet

Words cannot describe how appreciative I am that the @WWEUniverse allowed me the opportunity to return and perform. Thank you staff, superstars, and most of all FANS for giving me an unforgettable summer at “home” with my “family”. The journey takes me away now but I’ll C U soon.

The match saw Cena repeatedly trying to catch Reigns by surprise with a roll-up pin but the 'Head of The Table'  turned it on and began punishing the challenger. Reigns bounced Cena off the steel steps multiple times before grabbing his Universal Title to pose for the crowd. Cena delivered an Attitude Adjustment to create an opening for himself but the Universal Champion (Reigns) talked trash to Cena as the beatdown continued. Cena mounted a comeback after escaping from a sleeper hold and connecting with a Five Knuckle Shuffle and an Attitude Adjustment, but Reigns miraculously kicked out.

Cena went again delivered Attitude Adjustment out of which Reigns kicked out and in a desperate attempt Cena tried for a top-rope leg drop, which Reigns countered with a powerbomb. After delivering another Superman Punch, Reigns declared the match was over and rushed for a Spear, only to come up empty and crash into the ring post. Cena then tried to embarrass Reigns, saying “Your time is up; my time is now,” and mocking the champion’s signature yell but Reigns delivered the third Superman Punch followed by a Spear bringing an end to Cena's journey. The biggest surprise of the night was Brock Lesnar's arrival following the completion of the match. The former champion stepped inside the ring for the first time in nearly 17 months and was ready to take on his rival, but Reigns backed out from the fight.