Reigning UFC champion Kamaru Usman has expressed the price he would charge if he fights against Israel Adesanya. Usman will appear at UFC 268 on November 6. 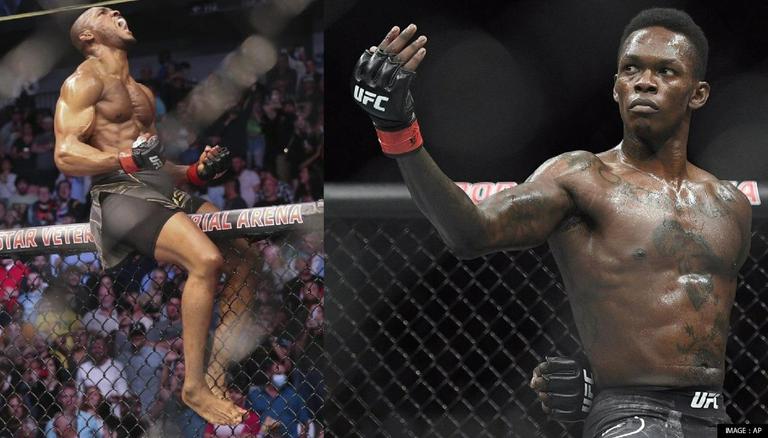 
The reigning Ultimate Fighting Championship(UFC) Welterweight Champion Kamaru Usman has expressed his thoughts on a possible fight with his good friend Israel Adesanya, and the price he would charge for the dream fight. Usman is all set to defend his welterweight title during the UFC 268 fight against Colby Covington on November 6 at the T- Mobile Arena. He had earlier admitted that he has no interest in fighting Adesanya, however, it appears now that he could be up for a fight if given the right price for it. Adesanya is the current UFC middleweight champion, having earned the title in a second-round stoppage fight against Robert Whittaker in October 2019.

While speaking about a possible fight against Adesanya with ESPN, Usman admitted that Adesanya is his friend and that a fight between them is something that both fighters would have to discuss. As per Give Me Sport,  the three-time Div. II All-American and UFC welterweight champion said, “There's a difference between fighting and competing. If me and him decide we wanna compete, and the UFC is throwing a $100 million dollars at us, then we'll make it happen”. Although he didn’t mention any date, he didn’t run out of the dream fight either.

'I will never get between their friendship,' says Kamaru Usman's manager

Meanwhile, speaking about the matter Usman’s manager Ali Abdelaziz said that a potential fight between both UFC superstars would have to make enough money for them. As reported by Give Me Sport, Abdelaziz said that he doesn’t want Usman to fight his friend because that is something he believes in. However, he further added that Mike Tyson once told him, “if we are friends, let’s make some money” and they can shake hands after the match ends. The manager further added that he respects the friendship between Usman and Adesanya and he will never get between it.

Usman will take on Covington in the UFC 268 on Saturday night, in the second fight between the fighters. They fought for the first time almost two years ago, where Usman defeated Covington in a fifth-round technical knockout. The much-anticipated fight will be played at the Madison Square Garden in New York.