Arif Khan qualified for the 2022 Beijing Olympics on Saturday. He secured his spot in the Winter games during the qualifying alpine skiing event in Dubai. 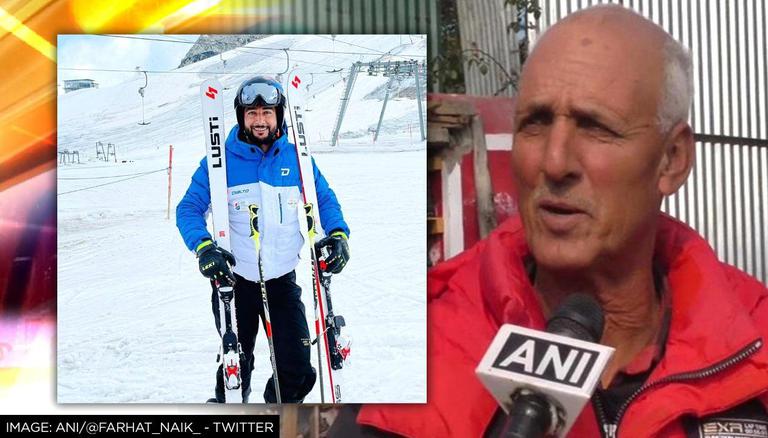 
Family members of Arif Khan rejoiced after the Kashmiri Alpine skier qualified for the 2022 Winter Olympics in Beijing. Arif's father said that he is happy for his son. While calling him passionate and optimistic, his father also informed that Arif started skiing at the age of four in Gulmarg.

"He is a joyful person and never loses hope in life. Also, I have full faith in him that he will go far in his career," he said.

In a proud moment for India, Arif Khan qualified for the 2022 Beijing Olympics on Saturday. He secured his spot in the Winter games during the qualifying alpine skiing event in Dubai.

Taking to Twitter to congratulate him, former Jammu and Kashmir Chief Minister Omar Abdullah said, "Congratulations Arif, well done for qualifying for #Beijing2022. We will all be rooting for you."

J&K Lieutenant Governor also congratulated the young skier. "Congratulations to skier Arif Khan for qualifying for Beijing Winter Olympics 2022. It is a proud moment for the whole country. @JKSportsCouncil to ensure Arif is provided with world-class training facilities by best-in-class coaches & support staff. I wish him all the best for games."

Arif took up skiing at the age of four. He was coached by his father who runs a ski rental shop. At the age of 12, he took part in his first National Championship and won a gold medal. Before turning 15, he participated in the Asian Junior Alpine Ski Championship and at 17 he was one of the top skiers at the Changchun Asian Games in China.

Meanwhile, the 2022 Winter Olympics will take place in Beijing from February 4 to 20 next year. This will be the first-ever winter Olympics in China.