Former world champion Mike Tyson was wheeled through Miami international airport where he took selfies with fans and had a walking stick with him. 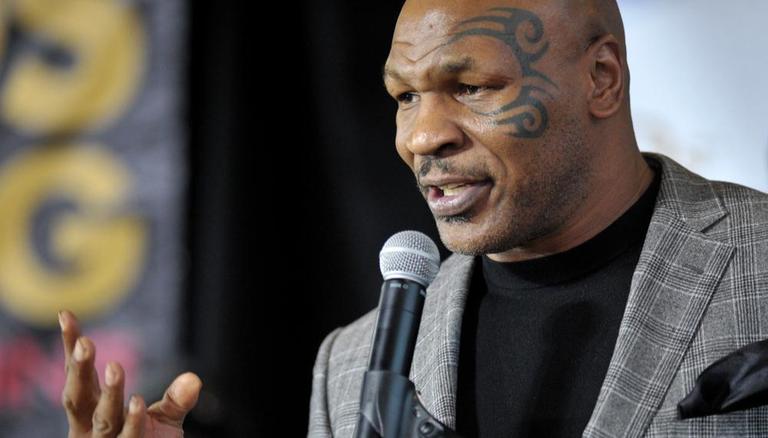 
Legendary boxer Mike Tyson has raised concerns regarding his health after he was spotted in a wheelchair at the airport, weeks after he predicted that his death is 'coming soon'. According to aceshowbiz.com, the former world champion was wheeled through Miami international airport where he took selfies with fans and had a walking stick with him.

Boxing news: Mike Tyson on wheelchair with a walking stick

As per the report, Mike Tyson didn't seem to be in his best condition as he used a white towel to wipe his mouth. A source told TMZ that there was nothing serious about the former heavyweight champion's health conditions and that he could be 'dealing with a sciatica flare-up' in his back.

A similar episode made him bedridden only two years ago. Earlier this month, he was spotted strolling down the streets of New York with a cane but it is believed that the current situation has worsened leaving him in need of wheelchair assistance.

The report also states that Mike Tyson was recently recorded talking about his death during a conversation with his friend and therapist Sean McFarland. While speaking on 'Hotboxin With Mike Tyson' podcast, the classic heavyweight boxer said, "We're all going to die one day, of course. When I look in the mirror and I see those little spots on my face,I say, 'Wow. My expiration date is coming close. Really soon. I just want to die consciously. I don't want to die screaming. And I've heard the last rights of a lot of people - a lot of famous people - and they're getting ready to die, and they leave this planet screaming."

READ | Mike Tyson calls out Hulu over series about his life 'Mike'; 'They stole my life story...'

Money does not get security: Mike Tyson

During the conversation, Mike Tyson also said that he doesn't see value in money as it does not bring about security. He said "What is security?" he began. "I don't know. [Does] that mean you're not going to catch a disease? You can't get hit by a car?" he asked. "You can't jump off a bridge?"