Mike Tyson's former opponent, Julius Francis, knocked out a 'rowdy' man with a single punch while working as a security guard outside BOXPARK at Wembley Stadium 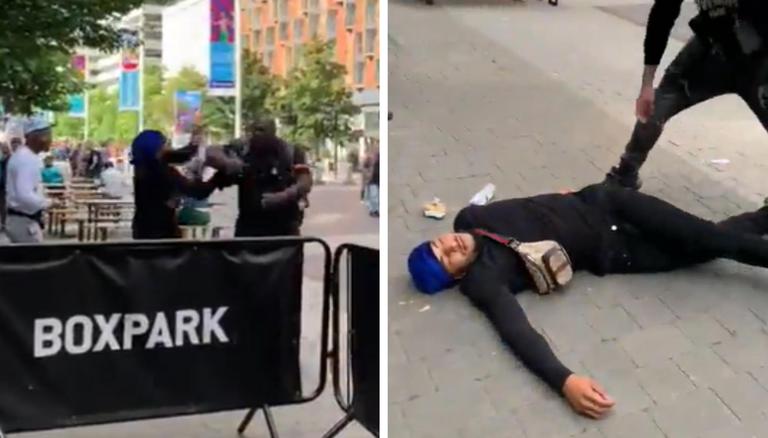 
Mike Tyson's former opponent, Julius Francis, knocked out a 'rowdy' man with a single punch while working as a security guard outside BOXPARK at Wembley Stadium. The former British heavyweight champion was beaten inside two rounds by Tyson during their Manchester bout in January 2000.

Julius Francis knocks out man outside BOXPARK at Wembley

In videos that have gone viral on social media, Julius Francis was seen having knocked out a man outside BOXPARK at Wembley Stadium for behaving in a 'rowdy' manner. The man, who received a blow to his face, in the video below can be seen engaging in a heated altercation with several others. It is believed that the police have taken note of the shocking incident and are currently carrying out an investigation for the same.

BOXPARK founder/CEO Roger Wade has put out a statement on the Julius Francis incident: "I stand with Julius." pic.twitter.com/mXgzvGsmmG

During his boxing career, Francis had a record of 23 wins, a draw and 24 losses. He competed against some of the biggest names that not only included Mike Tyson but also included Audley Harrison, Vitali Klitschko and John Ruiz to name a few. However, the 57-year-old had stated in a previous interview that none of his opponents were as good as Tyson.

In an interview with Daily Mail in 2020, Francis said, "I hit him with some of my best shots and my best shots were not good enough, even if I did draw blood. But Tyson had great head movement and great foot movement. He would hit me on one side of my body, then the other, and when I tried to hit back, he was not there. His foot movement was ridiculous. I thought I was a good fighter, and to a point I was, but when you get to meet someone like Mike Tyson, they are on a different level."

He went on to compare Tyson to some of the other fighters he had faced during his career by adding, "I have sparred with Frank Bruno, Lennox Lewis and fought Vitali Klitschko but Tyson’s power is different. He not only has the power, but he also has the movement. The hardest single punch I faced was actually from Frank Bruno. But Tyson hits just as hard and he will land three punches in a short space of time in the same area."