Tokyo Olympics 2020: Army Of Robots Unveiled To Run The Show Amid COVID-19

The Tokyo Olympics 2020 will see a suite of robots in action. From meeting and greeting to transportation, the robots will help run the event. 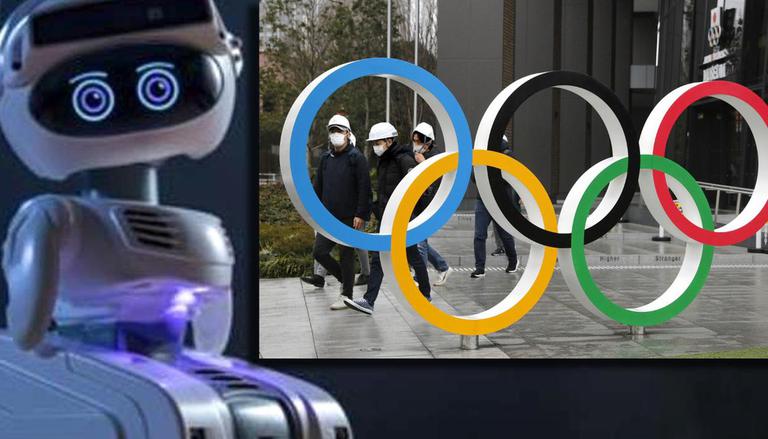 
Japan is known for its advancements in robotics technology, and the country is now set to show off the same in the upcoming Tokyo Olympics 2020. The event which was delayed by a year due to the COVID-19 pandemic will now have a fleet of robots, to help the organisers run the event. Japanese automaker Toyota has developed a fleet of robots to be deployed at the games to showcase their real-life applications.

Robotic mascots at the Tokyo Olympics

Toyota will now deploy a suite of robots at the event, which will meet and greet the athletes and the spectators. The event will have robotic versions of the Tokyo Olympics mascots, Miraitowa, which is blue, and Someity, which is pink to greet the athletes at the venue. The robots will be used to smoothen the functioning of the events by using them to assist people with their jobs.

The ‘meeters and greeters’ robots will be puppet-sized and would greet anyone cleared for the event. Both Miraitowa and Someity will have large eyes that will blink from time to time. The robots will be remote-controlled by a human operator, however will have onboard cameras that recognise faces and facial expressions. The robots are also designed to give handshakes and head nods as part of the interaction.

#Miraitowa has that #FridayFeeling 😏

Apart from the mascots, the company will also deploy a life-size humanoid robot called T-HR3. The robot was being developed since 2017 and will finally make its first public appearance at the Olympics. The T-HR3 is programmed to watch and mirror the movements of the humans who control it. This robot will be controlled by VR goggles and an exoskeleton. It will even be able to hold a conversation with athletes.

Support robots at the Olympics

Another robotic presence in the Tokyo Olympics will be T-TR1. This particular robot will be of great importance in this year’s event as it will be able to help people attend the event virtually. This tall telepresence robot will have a vertical screen, that shows a live image of the remote viewer and has a top-mounted camera to give people the live attendance felt.

Apart from these, the event will also see fleets of Delivery Support Robot and Human Support Robot. While the delivery support ones is designed to deliver food and drinks to spectators in 500 wheelchair-accessible seating, the latter will guide guests to their seats. These will make their presence count at the Tokyo Paralympics, which is bound to start from August 24.

Lessening the use of humans furthermore during the pandemic, the Olympics will also feature a group of bots that will collect javelins and shot puts at events. Not impacted by any COVID-19 restrictions, the Field Event Support robots will autonomously navigate their way at track and field. This miniature car-like robot developed by Toyota is also believed to save time at the event.

Lastly, the games will also use autonomous vehicles to transport athletes and coaches around the Olympic village. The e-Palette vehicle will move in circular loops to take these persons to their required places. Each 5.25 meters long vehicle will be able to move 20 individuals in a single go, saving time yet again.