By winning the 50m freestyle final, he won China's 500th gold medal at Summer Paralympic Games since they first started competing back at the 1984 Games in NYC. 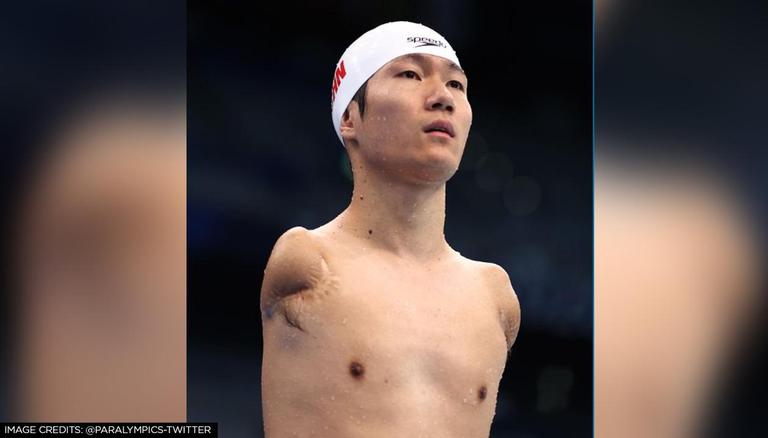 
Chinese para-swimmer Zheng Tao has now won four gold medals and broken several records at Toyko Paralympics 2020 despite having no arms. Zheng had lost his hands as a child after getting electrocuted. He dominated with wins in freestyle, backstroke, and butterfly. All of his individual wins have been world or Paralympic records.

On Wednesday, by winning the 50m freestyle final, he won China's 500th gold medal at the Summer Paralympic Games since they first started competing back at the 1984 Games in New York City. After Zhang won the race, he told reporters, "I went all out with no regrets as this is my last race at Tokyo 2020. I think this was one of my best races ever."

On Monday, he ended up setting a world record in the 50m backstroke final with a time of 31.42 seconds. Right after this victory, he spoke to his daughter in a video message, "Daughter, look at me - I can swim so fast even though I don't have arms!" For this race, he starts by hanging himself off the side of the pool with a sheet in his mouth before kicking himself back.

According to reports, Zheng has trained for the Tokyo Paralympics by swimming at least 10km every day. He took up the sport at the age of 13, and then went on to make his international debut six years later at the World Championships in the Netherlands. He won his first Paralympic gold at the London Paralympics 2012 in the 100m backstroke S6 event. So far, he has managed to win nine Paralympic medals.