What Happened To Charles Leclerc As Ferrari Suffer Double Retirement In Azerbaijan GP?

Ferrari F1 suffered another nightmare at the Azerbaijan Grand Prix as both their drivers were forced to retire from the race for no fault of their own. 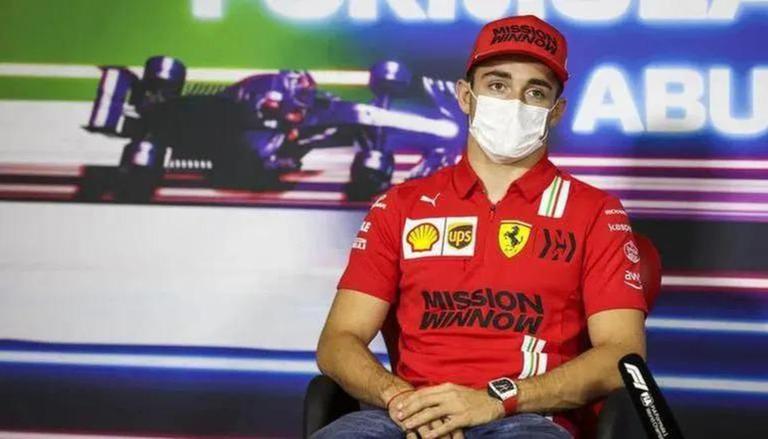 
Ferrari F1 suffered another nightmare at the Azerbaijan Grand Prix as both their drivers were forced to retire from the race for no fault of their own. As a result, Red Bull Racing had a perfect day as their arch-rivals for the 2022 F1 championship finished with no points, whereas they grabbed an emphatic 1-2 victory.

Despite starting third on the grid, Max Verstappen went on to win the race, with his teammate Sergio Perez finishing in second. Following an extremely difficult race, here is a look at what happened to Charles Leclerc and Carlos Sainz at the Azerbaijan GP 2022.

What happened to Charles Leclerc and Carlos Sainz?

While Charles Leclerc did not have the best getaway from pole position as he was passed by Sergio Perez in the first corner, a good strategy from Ferrari under the virtual safety car helped him regain the place back. However, the Monégasque's hope of claiming his third victory of the season ended on lap 20 when there was smoke at the back of his car. As a result, the 24-year-old immediately returned to the pits with the team confirming that he suffered a power unit issue.

A tough break for Leclerc as his Baku hopes go up in smoke 😖#AzerbaijanGP #F1 pic.twitter.com/LEYq3hVA8f

As for his teammate Carlos Sainz, the race ended even earlier as the Spaniard was forced to retire on lap 8 of the Azerbaijan GP. Ferrari confirmed that Sainz's car had suffered a hydraulic issue. And that is not it, as Ferrari also saw their two customer cars suffer engine failures, with Alfa Romeo Racing's Guanyu Zhou and Haas' Kevin Magnussen retiring from the race.

Max Verstappen extended his Formula One championship lead by winning the Azerbaijan Grand Prix on Sunday after Charles Leclerc retired from the lead with an engine failure. Verstappen leads the standings by 21 points from Red Bull Racing teammate Sergio Pérez and 34 points from Leclerc, who drops to third.