What Happened To Justin Thornton? MMA Fighter Dies Days After Knock Out Defeat

Justin Thornton has tragically died weeks after suffering a single blow knockout in a fight. The 38-year-old veteran fighter held a career MMA record of 8-16. 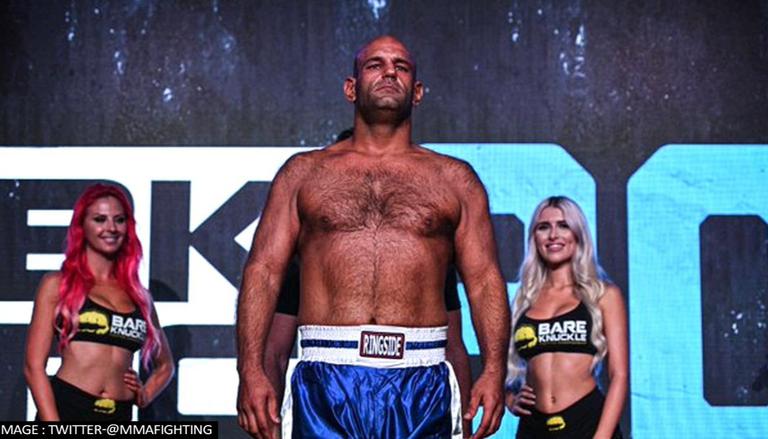 
In a tragic incident, MMA veteran Justin Thornton passed away on Monday after sustaining injuries from a knockout loss at Bare Knuckle Fighting Championship (BKFC) 20 in August. Thornton, whose MMA career included 24 pro fights, had fought a heavyweight bout with Dillon Cleckler at BKFC 20 in Mississippi. Thornton was knocked out by Cleckler with a right hand hit just 18 seconds into the fight.

What happened to Justin Thornton?

Justin Thornton has tragically died weeks after a heavy knockout in a fight. Thornton fought his first with BKFC in August and lost to Dillon Cleckler. The latter had felled the 38-year-old with a single punch knockout. Thornton was stretchered off the ring.

Thornton lasted only 19 seconds in the ring as he fell face-first after a knockout. He has stretchered off the ring. Later, his personal Facebook page revealed that the fighter was hospitalized with a spinal cord injury. Reports claimed that Thornton was partially paralyzed. A GoFundMe page was set up for Thornton as he was reported to be needing a ventilator to breathe. The veteran combat boxer has now passed away.

The Justin Thornton knockout video has taken the internet by storm as it was highly rare that a veteran of his calibre suffers a single blow knockout. The video was shared by many fans online. However, the injury seemed serious as the video ended with the referee rushing the medical team to make their way up the ring.

Feldman wrote, “We are very sad to learn the passing of one of our fighters, Justin Thornton, who competed at BKCF 20 on August 20, 2021. We join the rest of the combat sports community in sending our deepest condolences to his family and loved ones.”

Prior to his bare-knuckle boxing debut, Thorton had fought for various MMA promotions. Thornton, who debuted in a pro fight in 2008, held a career MMA record of 8-16, all for regional promotions. Prior to the fight against Thornton, Cleckler held an MMA record of 11-1 with two knockout wins for BKFC.