What Is Conor McGregor's Net Worth? How Much Does He Earn From His UFC Fights?

Conor McGregor recently took to his Instagram handle to say he is richer than the entire UFC roster. Know his net worth and how much he earns per UFC fight. 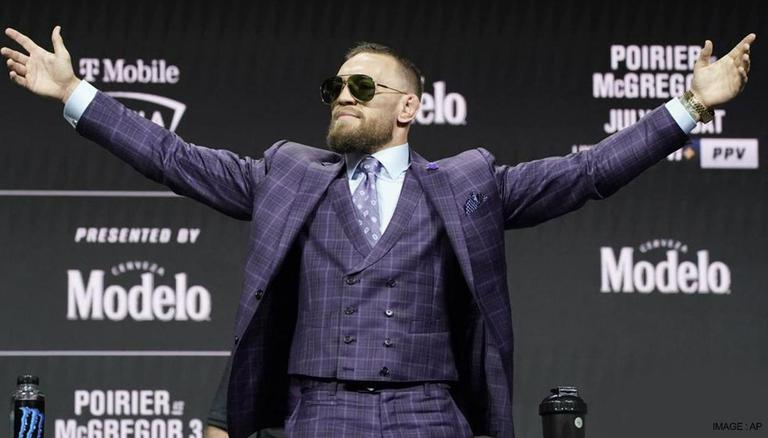 
UFC superstar Conor McGregor is known for living a life of luxury and the fighter doesn’t hold himself back from showing off his lifestyle. He landed at the No 1 standing in Forbes’ list of highest-paid athletes in the world in 2021, with a supposed net worth of USD 180 million after the sale of the majority of his stake in the Irish whiskey ‘Proper Twelve’. He finds himself ahead of legendary footballers Lionel Messi and Cristiano Ronaldo as the world’s wealthiest sportsman this year.

The 33-year old fighter isn’t just known for his mixed martial arts, but he has also made a profitable step into boxing. He has also predicted in the past that he will be a billionaire by 2023, at the rate his wealth is rising. On October 12, 2020, McGregor took to his official Instagram handle and posted a picture of him driving around Miami in a car. He captioned the picture by saying that he is richer than the entire roster, which is evidently supported by the pay-per-view numbers and the amount of monetary interest the fighter carries.

How much does Conor McGregor earn from his UFC fights?

McGregor is currently in an injury hiatus, as he suffered a broken knee, during his third fight with Dustin Poirier in July this year at UFC 264. However, as reported by The Sun, despite losing to Poirier in the first round of the clash, McGregor earned for the bout, which was five times higher than what his counter-back took back home after the famous clash. Prior earned €865k for the third fight between the UFC stars. The reason behind the earnings of McGregor is that he features in seven out of the ten biggest pay-per-view events of UFC.  With his recovery still in progress, it is unclear who will be his opponent in his next UFC fight and with two fights left in his UFC contract, he is set to receive many staggering offers upon his return.

McGregor made his professional boxing debut, during his fight against boxing giant Floyd Mayweather. Mayweather, who has a professional boxing record of 50-0 defeated the Irishman in a 10th round technical knock-out. However, as reported by Give Me Sport, McGregor was guaranteed to earn  $30 million from the fight and ended up earning $85 million after the loss. Mayweather, at the same time, took back three times the amount earned by McGregor.