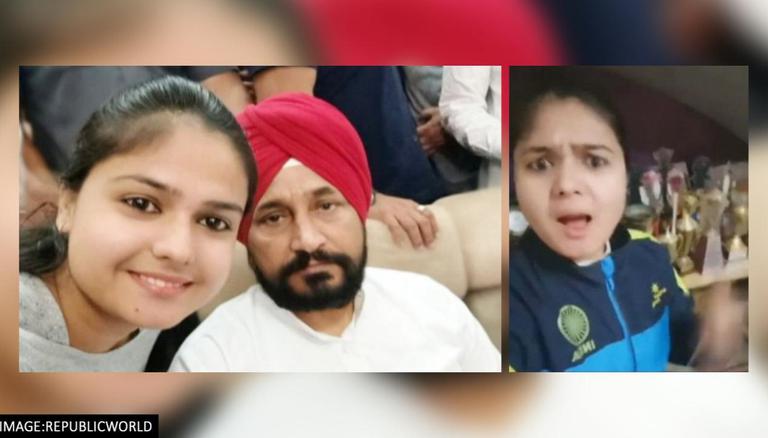 
Seven-time national deaf Chess Champion Malika Handa lashed out at the Punjab Government on Sunday over its failure in fulfilling the promises made to her about cash rewards and a job opportunity. According to Handa, the previous Punjab government led by Captain Amarinder Singh had promised her cash rewards and a job for her achievements, but the present Sports Minister in Charanjit Singh Channi's cabinet has denied her the reward.

Expressing her frustration in a video the chess champion wrote, "I am feeling very hurt. I met Punjab Sports Minister Pargat Singh on December 31 ad he told me that the government cannot provide me a job or cash reward because they do not have a policy for deaf sports."

"Ex-sports minister had announced cash award for me and I also have a letter of invitation to a felicitation event that got canceled due to COVID-19. When I told this to sports minister Pargat Singh, he said the announcement was made by the former government and he cannot fulfill it."

I m very feeling Hurt
31 dec I met sports minister of Punjab @PargatSOfficial
Now He said punjab Govt can not give job and Not cash award accept to (Deaf sports) because they do not have policy for deaf sports.
Cc: @CHARANJITCHANNI @sherryontopp @RahulGandhi @rhythmjit @ANI pic.twitter.com/DrZ97mtSNH

Handa went to blame the current Punjab government for wasting 5 years of her life and questioned why is there is no support for the deaf sport.

She wrote, "I am only asking why was the reward announced. I wasted 5 years on the Congress government. They fooled me. They do not care about deaf sports. The district Congress leaders had promised to support me during these 5 years but nothing has happened till now. Why is the Punjab government doing this?"

Handa has won the national championship seven times and also has six medals at the Asian and World Championships.