Naomi Osaka said had there been a male player instead of Serena Williams, the incident wouldn't have garnered as much attention as it did 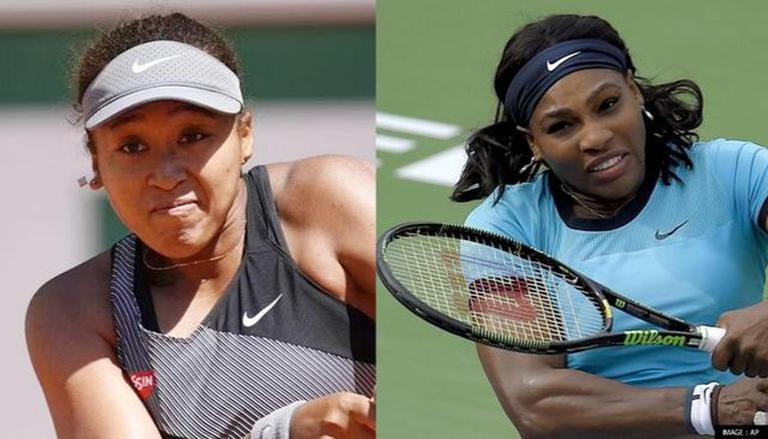 
Japanese tennis star Naomi Osaka has called out the double standards for men and women in sports. While speaking to Victoria's Secret VS Voices Podcast, Osaka recalled an incident from the 2018 US Open final, where she beat Williams to lift her maiden grand slam title. Osaka said had there been a male player instead of Williams, the incident wouldn't have garnered as much attention as it did. Osaka was referring to the altercation between Williams and chair umpire Carlos Ramos, who the 23-time grand slam winner had accused of sexism at the time.

"Definitely if a male player did that, it wouldn't have been so broadcasted. There's actually been male players that have done far worse, like literally last year and this year, and they don't get news reports at all. So I'm not sure if it's because Serena is Serena, or if people just wanted to write negative things. I definitely felt like I can't say that if we were both male players the outcome would have been the same way. But I do know that people are very interested in Serena and whatever she does is going to get news attention. And it was just unfortunate that it had to be that moment that caught a lot of people's interest," Osaka said while speaking to Amanda de Cadenet in the podcast.

The 2018 US Open final saw Serena Williams lose her cool at chair umpire Carlos Ramos, who is known for his strict demeanour on the court. Williamson confronted Ramos after receiving her second code violation in the game for smashing her racquet following an unsuccessful backhand attempt that went straight into the net. Williams had received her first code violation for receiving coaching signals from her coach Patrick Mouratoglou, who was sitting in the stands. Although Williams denied receiving any coaching signals from her coach, Mouratoglou later admitted to the violation.

READ | How can Naomi Osaka qualify for WTA finals? All you need to know

Coaching or not ?#usopen pic.twitter.com/OATS0LE2Y2

During the trophy presentation ceremony, Osaka was reduced to tears as the New York crowd booed her over how Williams had been treated in the match. Osaka later revealed that the incident is one of the key reasons why she started to struggle more with her mental health. Osaka won her second US Open title in 2020. In 2021, Osaka won her second Australian Open title. Osaka failed to defend her title at the 2021 US Open, where she lost to Leylah Fernandez in the third round. Earlier this year, Osaka withdrew from French Open citing mental health issues as the reason.

READ | Naomi Osaka hints at comeback; returns to training after long break since US Open exit

WE RECOMMEND
Naomi Osaka hints at comeback; returns to training after long break since US Open exit
Naomi Osaka breaks silence on mysterious disappearance of fellow tennis player Peng Shuai
How can Naomi Osaka qualify for WTA finals? All you need to know
Why Ashleigh Barty equalling Serena Williams' record as 'World No. 1' is controversial
Serena Williams 'devastated' over Peng Shuai's whereabouts, pens strong message in support
Listen to the latest songs, only on JioSaavn.com