Naomi Osaka House, Net Worth, Earnings And All Causes The World No. 2 Stands Up For

One of the major proponents of the Black Lives Matter movement, Naomi Osaka has been very outspoken about her experiences as an Asian-Haitian woman in the US. 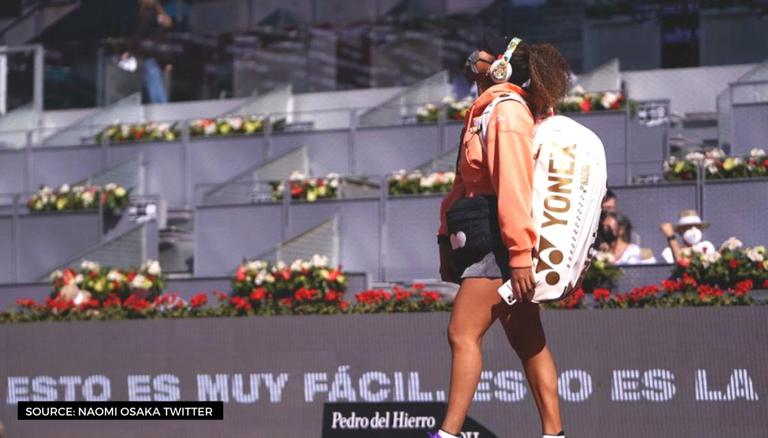 
World No. 2 Naomi Osaka's French Open 2021 journey came to a dramatic end after the 4-time Grand Slam champion announced that she would be pulling out of the event due to mental health concerns. Osaka's declaration that she would not be attending any of the mandatory press conferences during the tournament in order to protect her mental health, has not gone down well with the French Tennis Federation. Under pressure and on the threat of expulsion from the tournament, Osaka has decided to take a firm stand on her agenda - mental health in sportspersons.

Naomi Osaka News: What causes does the World No. 2 support?

Usually not a very political demographic, athletes and sportspeople have become one of the leading voices of social change in the last year or so. One of the major proponents of the Black Lives Matter movement on the tennis court, Osaka has been very outspoken about her experiences as an Asian and Haitian woman growing up in the US. As a part of her activism, she wore masks with the names of black people who were killed at the hands of the police before each of her US Open 2020 matches. She also temporarily withdrew from the Cinncinati Masters to draw attention to the police killing of Jacob Blake.

With her popularity - and net worth - soaring in the last couple of years, Naomi Osaka currently resides in a 4,129-square-foot, mid-century house in the posh Beverly Hills area of Southern California. Originally built in 1965, the current Naomi Osaka house was updated to match modern-day aesthetics in 2105 when it was owned by Nick Jonas. Having purchased it for a whopping $6.9 million back in 2019, Osaka's house now boasts three bedrooms, four bathrooms, and an infinity pool, all on 0.49 acres of land.

Not just one of the most skilled, but also one of the most marketable athletes in the world, Naomi Osaka's net worth has shot up manifold in the last few years. Since her dramatic launch into the tennis world at the 2018 US Open, where she defeated Serena Williams, the Japanese ace has come out of her shell to become of the most outspoken and influential faces on the tour. Her bold style choices have earned her lucrative partnerships with brands like Louis Vuitton, Tag Heuer, BodyArmor, Nissan, Citizen, Shiseido, Nissin, MasterCard and Procter & Gamble.

READ | Who is Pablo Andujar? All you need to know about tennis world's latest sensation

According to a Forbes report, Osaka earned a mammoth $10 million from her deal with Nike alone, putting her earnings in the last year at a cool $55 million - eclipsing Maria Sharapova and Serena Williams and making her the highest-paid female athlete ever. Ranked No. 29 in the 100 highest-paid athletes list for 2021, $19,773,132 of her estimated $25 million net worth, comes from prize money earnings.

DISCLAIMER: The above Naomi Osaka net worth information is sourced from various websites/ media reports. The website does not guarantee a 100% accuracy of the figures.