Naomi Osaka, after losing her third-round US Open 2021 match to Leylah Fernandez, announced that she would be taking an indefinite break from Tennis. 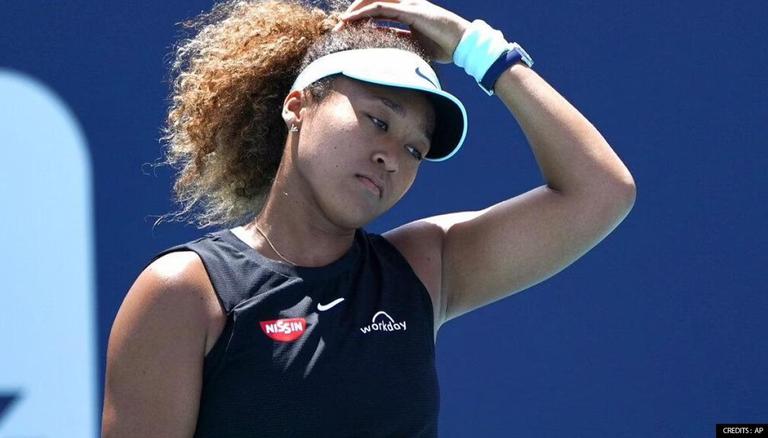 
The World No 3 tennis player, Naomi Osaka was spotted outside The Target Range shooting range in Van Nuys on Monday after she tearfully announced her indefinite break from tennis. Osaka saw her exit from the US Open 2021 after suffering a defeat at the hands of 19-year-old Canadian Leylah Fernandez in the third round of the US Open 2021. She was seen leaving the firing range with her Rapper boyfriend YBN Cordae.

After claiming the first set in the Round 3 US Open 2021 match, Osaka was frustrated throughout the match and eventually lost the match 5-7, 7-6(7-2), 6-4. After getting knocked off the tournament, Osaka during the post-match conference said, "I feel like I'm kind of at this point where I'm trying to figure out what I want to do. I honestly don't know when I'm going to play my next tennis match. I think I'm going to take a break from playing for a while.” While playing the match, she was visibly frustrated as she smashed her racquet several times on the floor, whenever she lost points.

"When I win I don't feel happy, I feel more like a relief," says Naomi Osaka

During the post-match conference, she added, “Normally, I feel like I like challenges. But recently I feel very anxious when things don't go my way. I'm not really sure why it happens. You could kind of see that. I was kind of like a little kid. I feel like for me recently, when I win I don't feel happy. I feel more like a relief. And then when I lose, I feel very sad. I don't think that's normal.”

Earlier, the 23-year-old tennis player withdrew from the French Open 2021 after her first-round match. Before the tournament, she said that she won’t be attending the press conferences after her matches. Following this, she skipped the media duties after her first-round match and was finned USD 15,000. She also withdrew from the 2021 Wimbledon Championships citing mental health as the reason.

During the Tokyo Olympics, Osaka returned to the court, won the opening two matches but lost to Czech Republic’s Marketa Vondrousova in the Round of 16. This defeat saw her early exit from the global sporting tournament. She made her first appearance in a Grand Slam event for the first time after the 2021 French Open, during the US Open 2021.