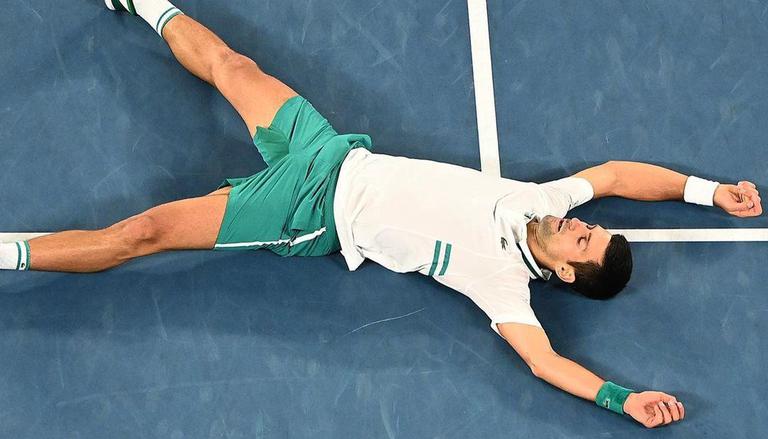 
Unvaccinated Novak Djokovic will not be able to enter Australia for the next three years after receiving a ban following his deportation from the country on Sunday. The three year ban means, the Serbian will have to wait until 2025 to capture his 21st Grand Slam title as he will not be able to play 2023 and 2024 edition.

Novak Djokovic was all set to begin his Australian Open defense on Monday however he was stopped from taking part in the Grand Slam tournament after his visa was cancelled. On Sunday the World No1 lost this court appeal against visa cancellation resulting in deportation.

Minister for Home Affairs Karen Andrews in an interview to Channel Nine Today Show on Monday, confirmed Novak Djokovic's three-year ban was the outcome of the court decision.

During the interview she stated, "That’s the outcome of the process that went before the Federal Court and their determination, with the visa was cancelled by Minister Hawke. That cancellation was upheld by the Federal Court, so as a result of that, he will be banned from entry for three years into the country. Now, there are some compelling reasons that that may be able to be looked at, but that’s all hypothetical at this point. Any application will be reviewed on its merits."

READ | Will Djokovic's anti-vax stand kill his chances of playing at Wimbledon, French & US Open?

The statement said Australia’s strong border protection policies have kept us safe during the pandemic, resulting in one of the lowest death rates, strongest economic recoveries, and highest vaccination rates in the world. Strong border protection policies are also fundamental to safeguarding Australia’s social cohesion which continues to strengthen despite the pandemic.

READ | Could Novak Djokovic lose World No.1 rank amid vaccine saga? Here's why it looks possible

Following the deportation from Australia ahead of the Australian Open, Novak Djokovic has reportedly arrived in Dubai early Monday morning. While his next destination is still unknown it remains to see if he will be able to defend the Dubai Duty Free tennis title which he won last year. The tournament doesn't start until February 14 and Dubai, which is considered the commercial capital of the United Arab Emirates, doesn't require travellers to be vaccinated, though they must show a negative PCR test to board a flight.