Novak Djokovic Sees No Improvement In ATP Rankings Despite Winning Wimbledon; Here's Why

Here's why Novak Djokovic sees no improvement in the ATP men's singles rankings, despite his 7th Wimbledon title win, after defeating Nick Kyrgios on Sunday. 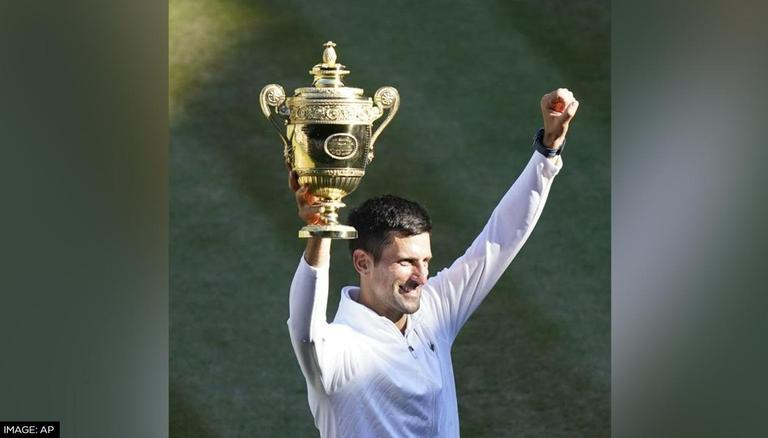 Meanwhile, it is worth noting that Djokovic and all other participating players at Wimbledon 2022 didn’t see any improvements in the ATP and WTA rankings. This is because the tournament was earlier stripped of ranking points due to the All England Club’s ban on players from Russia and Belarus from partaking in the third Grand Slam event of the year.

The ATP and WTA, along with the International Tennis Federation (ITF), announced their decision to striping off ranking points for the Grand Slam event, towards the end of May. This was a result of the Russian and Belarusian players getting banned, due to Russia’s invasion of Ukraine. Announcing the decision, ATP put out a statement explaining its decision.

“The ability for players of any nationality to enter tournaments based on merit, and without discrimination, is fundamental to our  Tour. The decision by Wimbledon to ban Russian and Belarusian players from competing in the UK this summer undermines this principle and the integrity of the ATP Ranking system. It is also inconsistent with our Rankings agreement. Absent a change in circumstances, it is with great regret and reluctance that we see no option but to remove ATP Ranking points from Wimbledon for 2022,” the statement read.

Meanwhile, after coming to know about the development in May, Djokovic had backed Wimbledon 2022 being stripped of ranking points. Revealing his thoughts on the matter, after his first-round win in the French Open 2022, Djokovic said that he doesn't support Wimbledon’s decision. Djokovic was the defending champion at Wimbledon 2022 and had earlier returned from the French Open 2022, following a quarter-final loss to Rafael Nadal.