Who is Novak Djokovic wife? Here is a look at the details of the Novak Djokovic marriage as the Serbian prepares to face Rafael Nadal in the French Open semis. 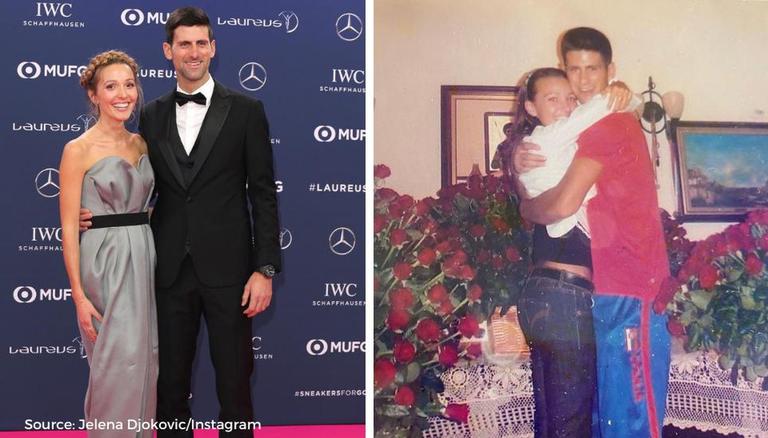 Novak Djokovic with his wife


As one of the most legendary players in tennis, Serbia's Novak Djokovic has undoubtedly made a name for himself that is likely to withstand the test of time. Coming from a poor part of Europe, the current world number one had to fight for every opportunity in a sport that was dominated by two people when he arrived: Roger Federer and Rafael Nadal. A significant part of the credit for his successes also goes to his wife, who has supported him through thick and thin. Here is a look at who is Novak Djokovic wife and a deeper look at the Novak Djokovic marriage.

Who is Novak Djokovic wife?

Novak Djokovic is married to Jelena Ristic, who also comes from Serbia. Jelena studied at the International University of Monaco and at Bocconi University. The Serbian's wife is currently the director of the Novak Djokovic Charity Foundation, which aims to enhance the Serbian education system to improve the lives of children in the country.

Novak Djokovic met Jelena Ristic in high school and the pair began dating in 2005 before getting engaged in 2013. Meanwhile, the couple tied the knot in 2014 after a long courtship. Djokovic and Jelena have a son, Stefan, who was born in October 2014, and a daughter, Tara, who was born in September 2017. Jelena and the kids can often be seen on Djokovic's social media pages and at his matches, supporting him.

How does Novak Djokovic wife describe their relationship?

Jelena Ristic described her relationship with Novak Djokovic in her earlier days as "science fiction" as explained by Hello Magazine. Jelena said, "Us getting together was like science fiction almost. I was a student barely getting by, and he was a very young tennis player who also had no money to spare on expensive trips. Airplanes were, at the time, something utterly out of our reach. We contrived and devised these plans how to meet, how to make our relationship work."

However, Djokovic's relationship with Jelena did not improve even after his wife landed a job with an oil company. When Jelena finished her studies the pair moved in together in Monte Carlo. Jelena revealed that the job made their relationship "a mission impossible." Jelena said, "At certain point, Novak told me: 'Darling, we cannot go on like this'. I was confined to the office almost at all times. It wouldn't have been possible for our relationship to thrive if I had stayed there."