Amid all the uncertainty surrounding Novak Djokovic's Australian Open participation, his reported decision to skip the ATP Cup will only fuel speculations. 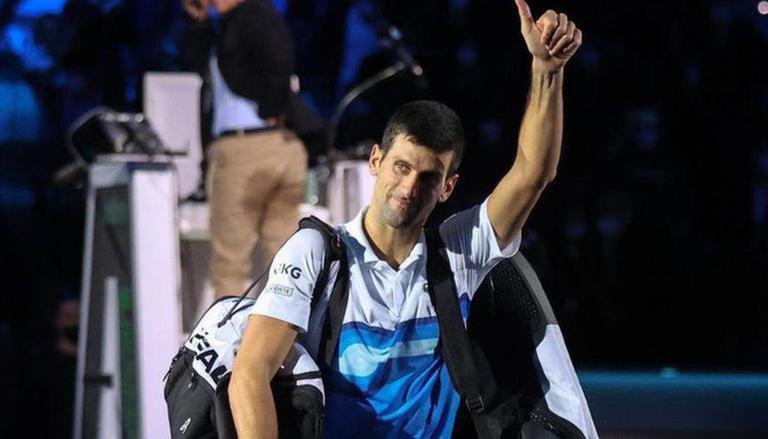 
Amid all the uncertainty surrounding Novak Djokovic's participation at the Australian Open next month due to his reluctance to reveal his vaccination status, his reported decision to skip the 2022 ATP Cup in Sydney will only fuel the speculation.

The Serbian legend's participation has been in doubt ever since Tennis Australia and the Victorian Government confirmed that it is mandatory for all players to be fully vaccinated to compete at the Grand Slam event.

According to Serbian daily Blic, Novak Djokovic will not travel to Sydney for the ATP Cup that is scheduled to begin next week from January 1st onwards. The 20-time Grand Slam winner was included in the Serbian team that was drawn in Group A alongside Norway, Chile and Spain. This competition will take place from January 1-9 before the Australian Open begins on January 17.

An honor to receive my very own Serbian stamp. Thank you to my generous country for this rare gift! I’m humbled!! Excited to share we’ll partner with the Serbian National Postal Service on @novakfoundation projects for every child to have the opportunity to attend preschool 🙏🏼 pic.twitter.com/Ww8Zma95NU

According to a report released by The Guardian, Australian Open CEO Craig Tiley said on Wednesday that few players and staff would be permitted into Melbourne Park without vaccination, provided they were granted medical exemptions. However, no players are believed to have received such an exemption at this stage.

Speaking of Novak Djokovic's participation at the Australian Open, Tiley said, "If Novak shows up at the Australian Open, he’ll either be vaccinated, or he’ll have medical exemption. It’s his choice on his medical condition. It’s his choice to keep personal and private like all of us would do with any condition we may or may not have. We are not going to force him or ask him to disclose that."

However, Tiley's remarks come in stark contrast to what Australian Prime Minister Scott Morrison said a few days ago. Morrison had publicly stated that unvaccinated players would not receive any special treatment to permit them to play at the upcoming Australian Open. The PM made it clear that even world number one Novak Djokovic would require to follow the same rules that were in place for everyone visiting the country.

If Djokovic does not compete at the Australian Open, it would be a big blow to both the tournament organisers and the Serbian legend. The 34-year old is aiming for his 21st Grand Slam and a record-extending 10th at Melbourne Park.