Rafael Nadal is approaching a big record, currently held by Roger Federer at the US Open. Nadal defeated Fabio Fanginini in Round 2 of the US Open 2022. 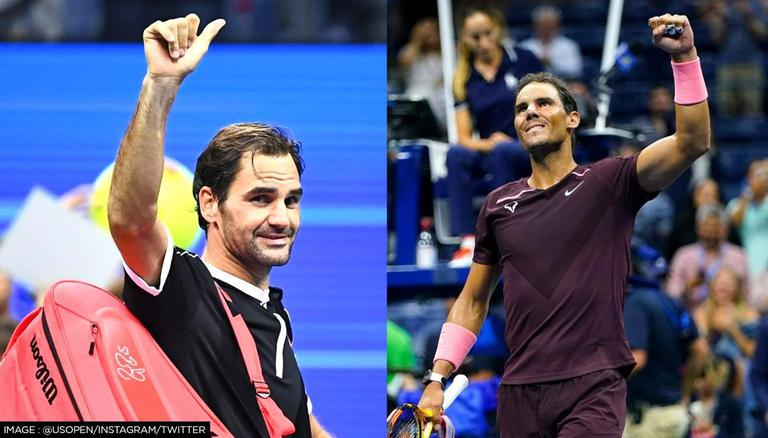 
Rafael Nadal earned a spectacular win over Fabio Fanginini in the second round of the final grand slam tournament of the year, the US Open 2022 on Thursday night. The second-round win came days after the 36-year-old claimed a  4-6, 6-2, 6-3, 6-3 win over Rinky Hijikata of Australia in the first round on Tuesday night. With the first-round win, Nadal took a step closer to surpassing Swiss tennis great Roger Federer in an elite book of records in the US Open.

The win against Hijikata marked the 16th win for the Spaniard in the first round of the US Open. He is now three victories behind the 20-time Grand Slam champion Roger Federer in the list of maximum 1st round wins in the final major tournament of the season. In his illustrious tennis career, Federer has a total of 19 first-round wins at the Flushing Meadows.

At the same time, 21-time Grand Slam champion Novak Djokovic is also tied with Nadal in the list with a total of 16 victories in as many participants. While Federer has been out of action, ever since picking up an injury at Wimbledon 2021, Djokovic opted to skip the US Open 2022 due to the Covid-19 vaccination norms in the United States. In the absence of both players, Nadal is eyeing winning his 23rd Grand Slam title.

It is pertinent to mention that earlier this year, Nadal won his 21st Grand Slam title at the Australian Open 2022 and surpassed Djokovic and Federer in the list of players to win the most number of Grand Slam titles. He bettered his tally to 22 by winning the French Open, while Djokovic picked his 21st major title at the Wimbledon 2022. Djokovic was the US Open 2021 runners-up last year, whereas Nadal is the No. 2 seed in the ongoing season of the US Open.