Tennis legend Rafael Nadal has tested positive for COVID-19 after he had just returned from the 2021 Mubadala World Tennis Championship in Abu Dhabi. 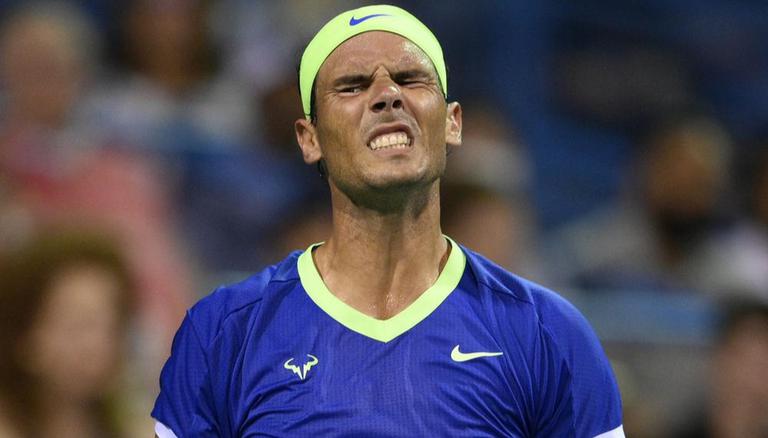 
Tennis legend Rafael Nadal has tested positive for COVID-19 after he had just returned from the 2021 Mubadala World Tennis Championship in Abu Dhabi. Nadal got to the semi-finals at the tournament where he lost to Britain's Andy Murray 6-3, 7-5 on Friday and then in the third-place playoff match against Denis Shapovlov, he went down 7-6 (4), 3-6 (10-6).

Nadal wrote on social media, that on his return to Spain from Abu Dhabi he tested positive for COVID-19 in the RT-PCR test that was conducted on him when he arrived in Spain. He also explained that he was tested every two days while he was in Kuwait and Abu Dhabi. When explaining his condition, said, he does have some 'unpleasant moments' but he hopes to improve little by little. He then added that owing to the whole situation he will have to change things around in his calendar and analyse his options depending on the situation and will inform everyone on the decisions of his future tournaments.

Nadal has previously competed at the Mubadala World Tennis Championship many times. The 2021 edition was in fact the 11th time he participated. Nadal had earlier said that if he continues to play the sport, he would be more than happy to play in Abu Dhabi again.

Rafael Nadal's statement on his situation

"Hi all. I wanted to announce that on my return home after playing the Abu Dhabi tournament, I have tested positive for COVID in the PCR test that was performed on me when I arrived in Spain," the 20-time Grand Slam winner said in a statement shared on social media. "Both in Kuwait and Abu Dhabi we passed tests every two days and all were negative, the last being on Friday and getting the results on Saturday. I am having some unpleasant moments but I hope that I will improve little by little. I am now homebound and have reported the result to those who have been in contact with me. As a consequence of the situation, I have to have total flexibility with my calendar and I will analyze my options depending on my situation. I will keep you informed of any decisions about my future tournaments! Thank you all in advance for the support and understanding."