In a hilarious post-match interview, Roger Federer said "My English isn't good enough" after his victory over Adrian Mannarino at Wimbledon 2021. 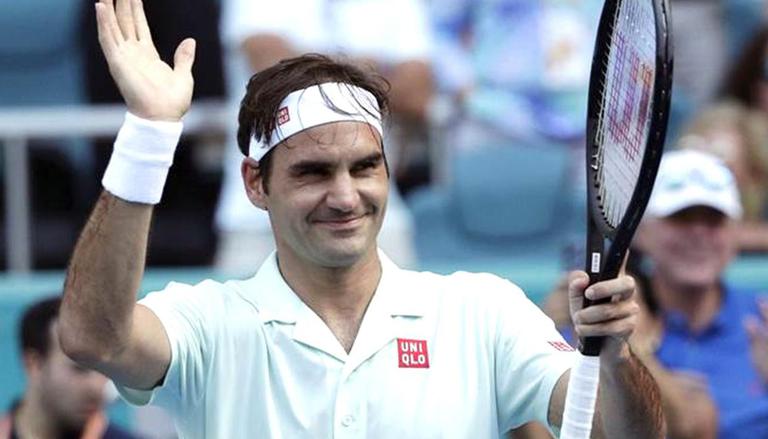 
Roger Federer beat Adrian Mannarino who was forced to retire in the fifth set owing to a knee injury at Wimbledon 2021 on Tuesday under the closed Centre Court roof at the All England Club. Federer who has now improved his Wimbledon record to an astounding 102 wins with just 13 loses, now moves on to the second round where he will come up against Frenchman Richard Gasquet, who beat Yuichi Sugita 7-6 (7), 4-6, 6-2, 6-1, on Thursday.

My English is not good enough, jokes Federer

In the post-match interview Roger Federer was asked  " Is it true what they say about ‘Absence makes the heart grow fonder’ being back here?"

Federer replied wittily “Sorry, I didn’t understand it. I heard something ‘absence’ and, I don’t know, my mind went blank. I don’t understand that saying. My English is not good enough”, Federer chuckled as the center crowd roared in applause.

“Good reminder my English is not very good. I think we’re all very happy, all the players, including all the fans and the organizers and everybody that we get a chance to be back on tour, especially here at Wimbledon. It would’ve been worst to have this tournament with no fans. This would have been an absolute killer, so, it’s such a privilege to play here”, concluded the 20-time grand slam champion.

"My English is not good enough!"

Not a Birthday to remember for Mannarino

Mannarino, playing on his 33rd birthday, won the second and third sets before withdrawing with a leg injury. He was behind 4-2 in the fourth set when he slipped on the grass and fell, grabbing his right knee in pain. He limped through two more games before reluctantly calling it quits on the second point of the fifth set. The score: 6-4, 6-7 (3), 3-6, 6-2, ret.

For large periods of this match he toiled just as hard as he struggled to find his form – and it was only as the match neared its untimely end that he started to play with any measure of freedom. Even so, the eight-time Wimbledon champion improved to 7-0 against Mannarino.

Federer left the court having gained some experience as to what the conditions are going to be like for the upcoming matches.