John Cena dropped a hint over making a comeback to WWE with a picture of WWE’s logo on his Instagram handle without any caption, supposedly teasing a return. 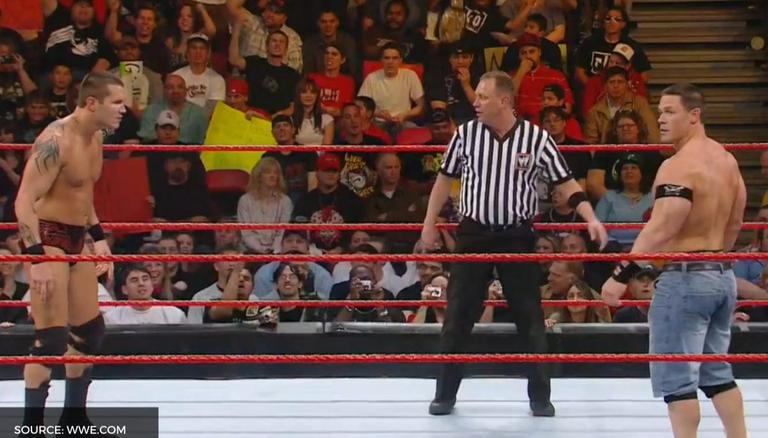 
The World Wrestling Entertainment back in 1990s and 2000s had some of the biggest names in the history of professional wrestling. The 90s era which is also known as the 'Attitude Era' saw WWE ring being graced by accomplished wrestlers likes Stone Cold Steve Austin, The Rock, Triple H, The Undertaker, Shawn Michaels and more. However, following the end of the 'Attitude Era', WWE saw the rise of 'Ruthless Aggression' which also brought some of the fiercest rivalries inside the ring. Amongst all, the John Cena vs Edge rivalry was loved by fans, however, John Cena vs Randy Orton feud was also the most talked-about feud in the 2000s.

John Cena and Randy Orton have had a rivalry for over a decade and fans have also been treated to some amazing matches by the two. The most memorable match between the two was the "I Quit" match at the 2009 Breaking Point PPV. The John Cena vs Randy Orton in-ring rivalry kept the audience on the edge of their seat, however, in real life both are really good friends.

Cena and Orton started bonding with each other from their time at the Ohio Valley Wrestling promotion. Ever since jumping to WWE, Cena gained legendary status, while Orton has gone on to become a 'The Legend Killer'. Both have completed a decade in wrestling and since coming to WWE they have held a total of 29 WWE World Championships, combined.

Coming to John Cena latest news, the 16-time champion recently dropped a hint over making a comeback to WWE with his Instagram post. The fans went crazy over a picture of WWE’s logo on his Instagram handle without any caption, supposedly teasing a return. Apart from dropping a comeback hint, Cena will also be coming out with his new show 'WWE Evils'. The new John Cena WWE show is being created, produced and narrated by the wrestler himself. The John Cena show premiere date is yet to be out the announcement was on Tuesday by Peacock's Twitter handle.

Brace yourselves! 😈 Executive producer and narrator @JohnCena helps us bring to life #WWE Evil - An entertaining psychological exposé into the minds of the most diabolical antagonists in WWE history.

The John Cena show will be shown on Peacock TV which is now the home of WWE’s streaming service in the US, replacing the WWE Network, which is still available elsewhere around the world. According to reports, while fans in the US can watch ‘WWE Evil’ on the NBC Universal streamer, there’s currently no confirmation on whether the series will even broadcast outside the country.