WWE through its Twitter handle announced that Liv Morgan has suffered a deep bone bruise, and a strained radial collateral ligament in the arm Lynch targeted. 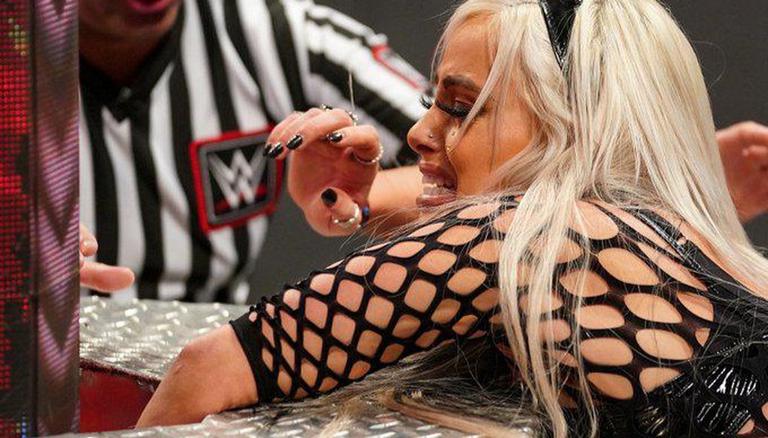 Liv Morgan's injury happened when the wrestler brawled with Becky Lynch, with the WWE RAW Women's Champion eventually trapping Liv Morgan’s arm in between the ring post and the steel steps before repeatedly stomping on her elbow. On Raw Talk, WWE announced that Morgan had suffered a deep bone bruise and a strained radial collateral ligament in the arm that Lynch targeted during the game.

WWE made the announcement about Liv Morgan's injury via its Twitter handle.

As revealed on #RAWTalk, @YaOnlyLivvOnce has a deep bone bruise and a strained radial collateral ligament in her left arm.#WWERaw pic.twitter.com/eVdfFUV9wL

All you need to know about Liv Morgan vs Becky Lynch

Becky Lynch, after giving birth to a baby, made a dream return to WWE by winning the WWE Women's title that was held by Bianca Belair. The Man (Lynch) won the RAW Women's Championship at WWE Summerslam and since then, she has remained at the top.

She shocked the WWE Universe by beating Bianca Belair at the biggest event of the summer, ending the latter's quest to retain the title. With two episodes of WWE RAW left ahead of the Day 1 pay-per-view, the two women wrestlers will have the time to tell a compelling story and try to convince the fans that the challenger could actually dethrone the champion.

Liv Morgan was poised for her breakthrough title win on the first Raw of December however Becky Lynch was able to cling on to the title and leave Morgan hoping for one more opportunity. Lynch and Morgan came to blows in their ensuing encounter the following week, as the challenger unleashed on the champion with a furious attack.

Big Time Becks responded with an unmatched brutality and smashed Morgan's arm between the steel steps. Morgan has proved she's unwilling to back down from her title dreams, but how much strength can she muster in her battle?

WE RECOMMEND
What happened to Jeff Hardy? Why was he sent home from WWE tour?
WWE star Triple H to not wrestle again following cardiac arrest: Reports
WWE Raw: Did you notice the hilarious tribute to John Cena during show?
Jeff Hardy released: WWE universe backs star after reports of him being fired emerge
WWE SmackDown: What happened to Becky Lynch and Sasha Banks after show went off-air?
Listen to the latest songs, only on JioSaavn.com