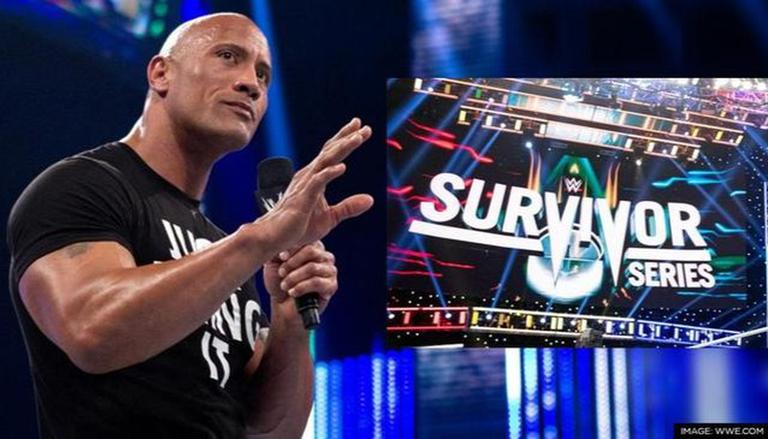 
Dwayne ‘The Rock’ Johnson completed his 25 years with WWE on November 17, last week as he made his debut for the wrestling company at the Survivor Series 1996. WWE heavily promoted his anniversary ahead of the Survivor Series 2021 pay-per-view by heavily building the show around The Rock, however, the WWE superstar was nowhere to be seen. WWE fans were expecting an appearance for The Rock on Sunday, as WWE commemorated his 25th year anniversary by dedicating the 25-man Battle Royal to The Rock.

As per Wrestling Inc, Dave Meltzer revealed on the latest edition of Wrestling Observer Radio that it wasn’t possible for The Rock to appear at the WWE survivor series 2021 because he was busy shooting overseas for an upcoming movie of his. This prevented the superstar from travelling in addition to the COVID quarantine restrictions. However, The Rock was never officially booked for the event, and WWE never advertised him, other than mentioning him regularly.

Despite his absence from Sunday’s show, there were a lot of references made to The Rock, as WWE aired regular video packages with the clips from his past performances at the annual pay-per-view event. The show also featured The Rock’s 25th Anniversary branded battle royal, which was won by Osmos. In addition to this, the wrestling company also has Cleopatra’s egg from his latest movie, Red Notice, which Vince McMahon claimed, was gifted to him by The Rock. The egg was later stolen, and McMahon is set to continue the Storyline on Monday Night Raw, where he will be seen confronting stars from both the Raw and SmackDown rosters, in order to find the egg.

Since making his WWE debut at Survivor Series 1996, The Rock has become a global superstar in the current day, as he can be frequently seen starring in Hollywood movies. In his WWE career of 25 years, the wrestler has picked up the WWE Heavyweight Championship title a total of eight times. He was last seen in WWE during his fight against Erick Rowan during the WWE WrestleMania 32 in 2016.