WWE released a statement in which it stated that Sasha Banks and Naomi were unhappy about not being respected as Women's Tag Team Champions. Details here. 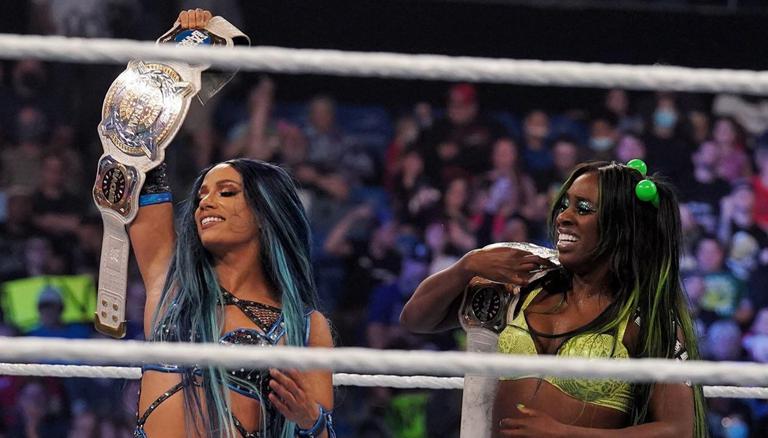 
The Women's Tag Team division is likely to witness a new champion in the coming weeks with Sasha Banks and Naomi both vacating the title ahead of their WWE Monday Night RAW match. Both Sasha Banka and Naomi reportedly walked out of Scope Arena in Norfolk, Virginia after handing over the belt.

Sasha Banks and Naomi along with Becky Lynch, Asuka, Doudrop and Nikki A.S.H. were slated to take part in a six-pack challenge match to decide the opponent for Raw women’s champion Bianca Belair at the Hell in a Cell pay-per-view event.

Sasha Banks and Naomi walk out of WWE Raw event

WWE released a statement in which in it stated that both wrestlers were unhappy about being not respected as Women's Tag Team Champions. The statement read, "When Sasha Banks and Naomi arrived at the arena this afternoon, they were informed of their participation in the main event of tonight's Monday Night Raw. During the broadcast, they walked into WWE Head of Talent Relations John Laurinaitis office with their suitcases in hand, placed their tag team championship belts on his desk and walked out".

"They claimed they weren't respected enough as tag team champions. And even though they had eight hours to rehearse and construct their match, they claimed they were uncomfortable in the ring with two of their opponents even though they'd had matches with those individuals in the past with no consequence. Monday Night Raw is a scripted live TV show, whose characters are expected to perform the requirements of their contract," the statement added.

WWE official Adam Pearce later changed the six-pack challenge to a singles bout between Lynch and Asuka. In the end, Asuka defeated Lynch to become the No 1 contender for the Raw Women's Championship.

After giving up the Women's Tag Team titles, Sasha Banks unfollowed a couple of WWE key accounts. According to wrestlinginc.com, The Boss has unfollowed the handles of WWE, WWE Chairman Vince McMahon, Bayley, Becky Lynch, The Usos, Seth Rollins and Roman Reigns. The