Why Was Brock Lesnar Fined 1 Million Dollars On WWE SmackDown?

Here's why the 'Beast Incarnate' Brock Lesnar was levied a heavy fine along with an indefinite suspension for his actions on last week's episode of Smackdown. 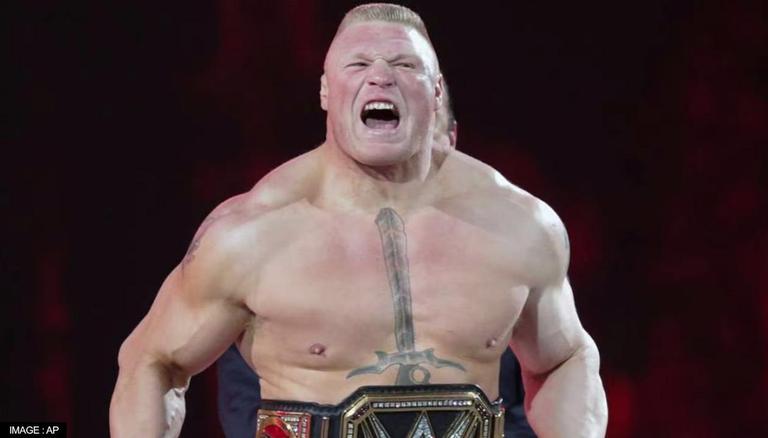 
Fighting megastar Brock Lesnar's much-awaited return to the World Wrestling Entertainment was short-lived after he was suspended by WWE official Adam Pearce last week on Smackdown. After losing the WWE Universal Championship match to Roman Reigns at Crown Jewel last Thursday, the 'Beast Incarnate' not only looked to inflict punishment on the 'Big Dog' but also did some damage while venting out his frustrations including laying his hands on the WWE Director of Live Events and producer Adam Pearce.

Taking to their official Twitter handle, the WWE announced that Brock Lesnar has been fined a sum of $1 MILLION for his attack on Adam Pearce during the October 22 episode of WWE Smackdown in addition to his already indefinite suspension.

The reason behind levying a heavy fine on the former WWE Universal Champion along with a suspension is because of him having brutally attacked the referees and for also having destroyed the company property.

On the October 22 episode of WWE Smackdown, Roman Reigns talked trash about Lesnar before the beast made his entry to the ring. Once he got inside the ring Lesnar ducked a belt shot, to clothesline Reigns twice. After tossing Roman Reigns outside the ring, Lesnar sent the WWE Champion into the steel ring steps. When Lesnar was about to F5 Reigns on the announce table SmackDown Tag Team Champions The Usos made the save.

Lesnar then fought Usois and sent them flying to the ring post and over into the timekeeper’s area. The Referees and officials then tried to calm down the Beast which did not help as he caught hold of another referee and tossed a producer over the announce table.

Adam Pearce was left with no choice but to send a large group of Superstars from the locker room to stop Lesnar ringside. After beating some of the superstars Lesnar stood tall in the ring, raising the Universal Title belt in the air.  WWE official Adam Pearce later entered the ring and announced that  Lesnar’s actions were unacceptable and irresponsible as he endangered everyone, including the fans.

READ | Brock Lesnar goes on rampage at WWE SmackDown, smashes everyone in his path

Pearce said he cannot allow that to happen on his watch, so Lesnar is suspended indefinitely due to his actions. The announcement did not go down well with the beat who ended up giving F5 to Pearce. Lesnar taunted Pearce with the mic some more, tapping him in the face with it, and then made his exit.

WE RECOMMEND
WWE Draft 2021: When will 'free agent' Brock Lesnar make his next WWE appearance?
Becky-Charlotte relationship strained due to controversial promo on WWE SmackDown: Report
Brock Lesnar goes on rampage at WWE SmackDown, smashes everyone in his path
Brock Lesnar drops Paul Heyman bombshell on latest SmackDown; wipes smile off Reign's face
Brock Lesnar in WWE: Top 5 brutal matches involving the 'Alpha male of our species'
Listen to the latest songs, only on JioSaavn.com